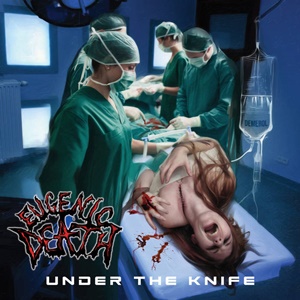 Astute listeners of a favored sub-genre in metal can tell when something stands out in a record or a band. Telltales signs can be songwriting acumen, proficiency at instrumentation, all the way through to proper tones, production, and professional packaging/presentation. Forming in late 2010, North Carolina trio Eugenic Death embrace an old-school thrash stance while possessing a more sophisticated, intricate attack on their second full-length Under the Knife. Expect lengthier material where the instrumental sections deliver robust musicality and slightly advanced part to part construction, while never losing sight of heavy hooks and catchy choruses made for mandatory devil horns, neck whipping support.

Guitarist Jonathan McCanless has a fluid ability to emphasize the right power chords and navigate his axe in that crunchy, melodic manner that put Megadeth and Testament on the map. Examples of his catchy and dialed in relentless nature occurs on “The Citizen Patrol” plus “The Witching Ground” – the former bringing the exotic textures of much regaled Holy Terror to mind. “Hara Shiva” contains acoustic instrumentation and pure exotic chanting/textures, a mid-album dynamic twist that separates Eugenic Death from the pack as willing to drop in a non-thrash cut, the electric solo towards the conclusion adding to the building atmosphere. As a vocalist Keith Davis portrays a menacing presence – commanding in a lower to mid-range militant delivery right away for the seven-minute plus “Indoctrinate” all the way through to the gallop-fueled closing title track. The seven tracks clock in under forty minutes, but do not mistake brevity for lack of content – as there is plenty of information to digest, process, and retain through multiple playbacks. The production values and tones rival the best thrash records to come down the pike – it’s wonderful to hear a punchy, snappy drum kit, thick bass, and a wall of rhythm guitars that seemingly burst forth from the speakers.

It’s been seven years between records – hopefully Eugenic Death will get a third platter in the universe sooner rather than later. Under the Knife obliterates many in this semi-technical thrash space, delivering quality songs and versatility that should excite all that admire this genre. 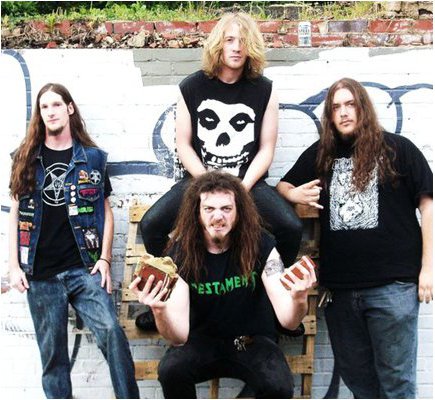 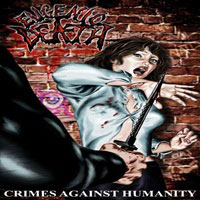