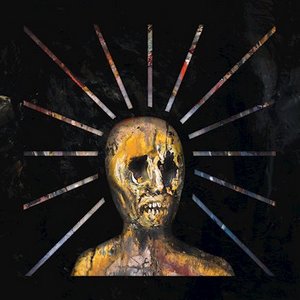 Given the current state of the world today, sometimes it’s nice to vent some of those frustrations while listening to something that is equally hostile. Enter END, who have returned for their first full-length, following up on 2017’s EP The Unforgiving Arms of God. Splinters from an Ever-Changing Face is a snarling bit of aggression that is sure to raise your blood pressure (in a good way that is).

With the band’s ‘supergroup’ status (featuring current/ex-members of Counterparts, The Dillinger Escape Plan, Fit for an Autopsy, Misery Signals, and more), and a well-received EP behind them, END seems poised to still up the stakes with this release. Combining elements of hardcore, grind, crust, and more into a volatile mixture, it’s a near constant bottle of rage that it holds nothing back. The almost Swe-death crunch of the guitars feels absolutely mammoth from the onset, with frantic blasting from “Covet Not” propelling the band forward into extreme metal delight. It’s a scorching start, between grinding drums and riffs occasionally giving way to some explosive chugs as the pacing stays just on the right side of being unhinged. “Pariah” offers more hardcore-esque chugging, and the guitar tone gives the music an almost oozing sensation when it lurches and crawls. “Absence” then gives a murky sense of relief as the atmosphere builds, but then jumps headfirst into blastbeats and snarled vocals. With much of the tracklisting sitting around the 3-minute mark or below, it allows them to effectively leave all the constraints behind and give the listener an absolute bludgeoning. And as such, it does not disappoint, and happily keeps the energy moving significantly – all without becoming a blur due to the genre-mixing and change in tempos. The closer “Sands of Sleep” stands out in this way, with a slower tempo and a bit more atmosphere and reflection than the other tracks, while still delivering plenty of hostility.

Pissed off times call for pissed off music, and END brings it with aplomb on Splinters from an Ever-Changing Face. But more so than that, they find a way to keep it raging with enough diversity that you don’t just instantly forget it once it’s over.