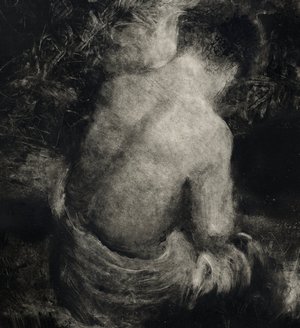 Other than both of these releases falling somewhere under the long shadow that black metal casts as a genre-tag, these albums do not share much in common. One is an ancient Greek fever dream and the other is something akin to narrative history of Napoleon giving the pope the what for. In these strange times they’re both fantastic outlets of expression and are brief enough (one an EP, the other a demo) to overstay no welcomes.

Before experiencing the unmitigated lunacy of Endless Detainment, note has to be made for one of the most striking cover images to emerge this year – it’s a stunner. In truth that was what drew me to try out the band a couple years ago with their debut Ornuthi Thalassa and has been repeated on follow on releases – stellar fucking covers. The music that underpins the artwork, a frantic mix of spastic, math-infused riff-a-thons more than matched previous covers – a feat repeated here. “Violence Aesthete” is in effect the mission statement and spirit of this EP as the Botch-like flavor that has seethed through previous releases is at the fore here. Jarring rhythmic shifts are punctuated with maddening forays into blasting. Don’t like the short run times fool you – even at barely twenty-two minutes this is a dense listen.

Prone to no-less-stellar artwork but with a peculiar conceptual bent few bands dare match, Departure Chandelier dropped this four song EP/demo in the wake of mass cancellations brought on by our recent descent into an era of plague. It’s book-ended by a pair of synthy instrumentals (of which I’m very fond) but the meat lies in the two tracks in between: “Between This World and the Next” and “The One Still to Come”. The former is a bass and synth-heavy stomp that spends much of its time at a medium pace while the latter is a no-frills assault by aural barbwire. It took me a solid while to come around to Akitsa, with which Departure Chandelier shares members and a lot of that barebones fervor is very present here but again, filtered through a very thick conceptual frame.

Unannounced/surprise releases can set the world aflame or fall to oblivion. As each of these occupy very niche spaces within an already niche world (Lords of Chaos notwithstanding), they unfortunately are predisposed to the latter option. For the adventurous listener though there is some outstanding and unorthodox (or super orthodox, if Napoleon is your godhead) material to be had here.

Massive props to Bandcamp for being a champion in this shitty time. 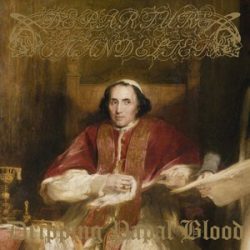