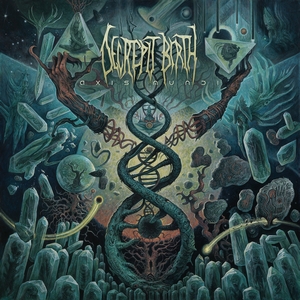 Despite a seven year wait since their last album, Polarity, there never seemed to be a decrease in the hype for a new album from the revered act. Due to some touring here and there, nor was there a thought that the album wouldn’t come about. But now that the album is upon us, one does have to wonder how the changes within the technical death metal world would affect a band such as Decrepit Birth.

Admittedly, not by much as the band’s sound has been progressing over the years with their three prior releases, but there is a feel that makes something sound distinctively ‘Decrepit Birth’ at this point. So to that end, consider Axis Mundi to be a success on that principle alone. Most bands, particularly technically-inclined death metal acts, often struggle to find their own sound. This is simply the next level of Decrepit Birth. With some nods to their past (particularly in brutality), the band moves forward with music that is certainly complex, with intricately woven guitar lines popping up from the woodwork. Some floaty melodies drift in here and there along with them (see “Transcendental Paradox”), but overall it doesn’t get quite as progressive as say, Polarity. Instead, as noted, there’s some brutality to dive into, and it allows the music to feel more visceral and ‘authentic’ instead of a cold and calculating tech death release. Some may not appreciate the pushback of more brutal riffing, but the contrast in these two opposing directions feel to make the band stronger, not disjointed. A serving of headbangable, snarling riffs served up with more progressive exploration will keep you on your toes.

A strong offering from Decrepit Birth (with excellent playing from all parts within the act) is just what they needed to come out of the gate with. They’ve taken the brutality of their earlier days and successfully combined it with a more progressive direction to attempt to give listeners the best of both worlds, and it works. Hopefully we won’t have to wait around nearly as long for a follow-up. 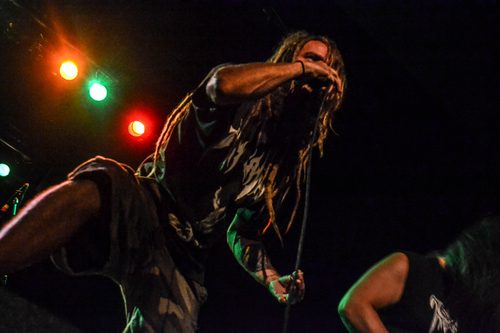