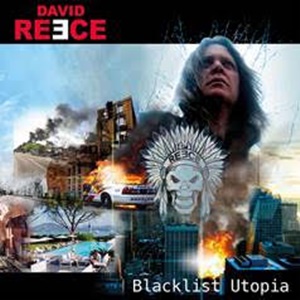 Reliable for his potent vocal delivery in a myriad of melodic hard rock and heavy metal styles, David Reece is enjoying these current times as he returns from last year’s tremendous album Cacophony of Souls with the new full-length Blacklist Utopia. The only major change lineup-wise from that record is in the drum seat – ex-Primal Fear/ U.D.O. kit man Francesco Jovino takes over for Andrea Gianangeli, while guitarist Andy Susemihl and bassist Malte Burkert complete the quartet. What we have here is another set of songs that mix up bluesy melodic hard rock and metal anthems, chock full of stellar, headbanging chord/riff combinations, engaging and steady rhythm section action, plus the comfortable Reece-led vocals that bring all the hooks home.

The seamless songwriting and performances out of Reece and Susemihl keep the magic alive from first song to last – intertwining more heads down metallic affairs such as “Utopia” and “Civil War” next to calmer efforts such as the acoustic-laden ballad “American Dream” or Sunset Strip-highway ready rocker “Save Me”. Malte and Francesco get specific windows as breaks allow to showcase their obvious abilities and fluid interplay at bass and drums – but also reign things into the constraints and needs of each track, key to a winning team concept for the greater good of attaining return engagements/playbacks for the listeners. Andy’s main guitar duties and bluesy/shred lead combinations also create jaw-dropping moments – check out his “Red Blooded Hell Raiser” and “Before We Fade Away” (the latter featuring numerous harmony angles tailor-made for devil horns approval). David’s register hasn’t lost one iota of inflection – his decades behind the mic in studio and stages worldwide crisp, punchy, and thoughtful – adept as equally in a lower, steady approach for “Hindsight in 2020” just as much as hitting those upper notes that reach to the sky during a pedal to the metal effort for “Highway Child”.

Let’s hope even as David reunites with some former Accept bandmates for Iron Allies that he will continue to develop these solo albums on a regular basis – as this is high quality, first rate material that appeases all who love good old fashioned melodic hard rock/metal with bite. 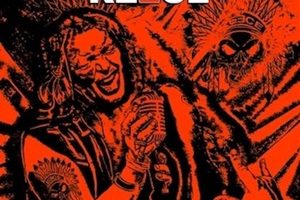