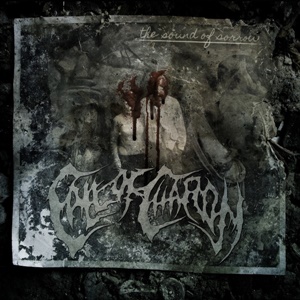 While other acts may have delayed their next release, German modern death metal act Call of Charon felt the need to follow-up 2019’s Plaguebearer debut album with a quick five-song EP assault in The Sound of Sorrow. The varied track listing includes three originals (one in their native German language), an As Blood Runs Black cover, plus a shorter interlude that provides ample opportunity for the listeners to appreciate, process, and devour a synthesis of classic melodic death metal against vicious deathcore nuances without losing the plot for hooks or distinction cut to cut.

The guitar work between Arthur Solich and Tobias Finkl fills all the speed/power/precision needs as well as dynamic transitions/maneuvers one would expect in the wall of heavy sound you could ever want – beyond the dual tremolo picking or semi-stunted gallops that prop up from time to time. The persistent digital kick drums that make typewriter tone sounds navigate next to some effective melodic death/groove patterns – allowing Christoph Knobloch flexibility in tempo shifting right out of the gate for the shape shifting opener “The Cleansing”. “In Dying Days” is the cover song, featuring a sinister breakdown that is as doomy as it is deadly, where vocalist Patrick Kluge digs deep into his gritty growls to create more savage terror. Guest vocals from Jaime Hanks of I Declare War and Jenni Gornicki (ex-Convictive) take place on a couple of tracks, while the German sung “Verblasster Glaube” blisters the sonic landscape through its energy and crushing breakdowns against the standard death riffs plus dual scream/growl delivery. The shorter 17 minute and change playback probably sits well with most consumers who have lightning quick attention spans – serving as a tight placeholder for the next full-length.

The Sound of Sorrow contains enough power, songwriting acumen, and appropriate performances to fence sit between those in the melodic death and metalcore/deathcore camps – proving Call of Charon could develop a following in multiple ways.