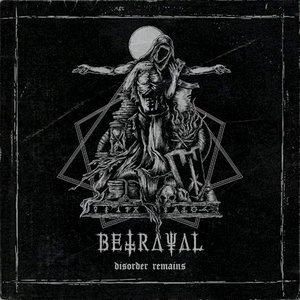 Five years after their debut, Infinite Circles, German death metal band Betrayal is back with a new label and new album. Disorder Remains pulls from a number of different areas of extremity, with death and thrash being the biggest components. But additional touches below the surface, as well as a nice dose of groove and melody, give it some interesting flair.

While acts such as Revocation and The Absence will pop to mind while listening to Disorder Remains, Betrayal is no mere imitation. Taking a solid, thrashy version of death metal as a base, the band then adds in the aforementioned components to flesh things out considerably. There’s a great deal of melody in the music too, though you’d never really peg the band as a melodeath act. But whether it’s extended, flowing solos like in “Lost Promises” or galloping melodies in “Dooming Diversions,” you will find plenty of things to latch onto with any given track. That doesn’t even get into some of the massive grooves that they dish out regularly either (see “War”). But the frantic thrash even gets a share of hookiness too, as “Rise” showcases early on. But with all of this melodic talk, let’s not forget that this is death metal at its core, and the energy is never in short supply. It all combines into something that’s urgent and aggressive, yet the melodies are so embedded that they are hard to ignore.

While Betrayal takes influence from a number of different sources, the end result here is cohesive, ear-catching, and deadly. Melodic enough to bring in some folks that might not listen otherwise, without skimping on the heavy stuff that the genre demands. Just the thing that’s sure to net them some attention in the near future.