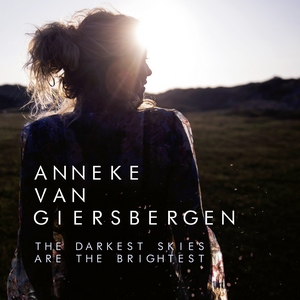 The ever-busy Anneke van Giersbergen seems to have a lot of releases, bands, and even guest vocal appearances that she is juggling. This solo effort is one that should stand out though, due to the fact that it is an acoustic release with minimal arrangements, as well as a personal message with the album that should resonate with many. A pensive release that has more diversity than you might think of it as well.

Some folks tend to be a little jaded when it comes to acoustic releases, with the argument that the songs start to sound similar as the album moves along. The Darkest Skies are the Brightest never has that slip-up, and it’s one of the things that makes it a stronger and more enjoyable release than other folks who have tried similar approaches. The beautiful opener “Agape” comes across as what you might expect from the vocalist in this setting, but the more southern stomp of the follow-up “Hurricane” starts to showcase the range present through the rest of the album. “The Soul Knows” has a more bluesy tone to it at times, and “Survive” is a more uptempo number with a driving acoustic riff that’s bound to stick into your head. Then of course, there’s van Giersbergen’s vocals, which this release allows to truly be front and center at all times. There’s a gentle sincerity and honesty to hear her voice with this setting, and it also gives some tracks a more playful (“I Saw a Car”), powerful (“My Promise”) or heartwarming (“Love You Like I Love You”) feel. With the added lyrical content, with the album being extremely personal and about fixing her life, it gives an even greater strength to the mood.

The Darkest Skies are the Brightest is ultimately an uplifting album that will allow listeners to get a little introspective with their feelings. It’s an intimate and serene release that hits a lot of ground that fans of van Giersbergen are bound to fall in love with. 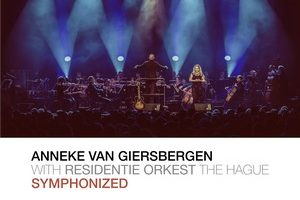