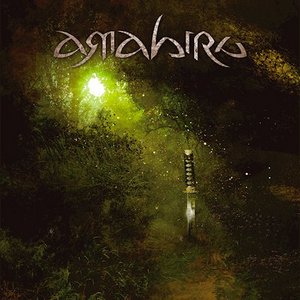 Amahiru is a new band comprised at its core of Frédéric Leclercq and Saki (Mary’s Blood), attempting to take a more traditional metal base and incorporate some eastern/oriental flair to it. Rounding out the impressive cast is drummer Mike Heller (Fear Factory), keyboardist Coen Janssen (Epica), and vocalist Archie Wilson. Those looking for a modern metal debut that feels fresh and fun throughout, Amahiru will satisfy your needs.

Somewhat blurring the lines between modern metal and hard rock at times, the approach of Amahiru is being as catchy as possible. The east meets west vibes make for a playful combination, and one that is able to provide an electrifying jolt to the songs as they load them up with addictive melodies and some flashy but not too over-the-top soloing. It’s high energy stuff, with an effective ‘feel good’ vibe to it all, with songs like “Hours,” “Vanguard,” and “Innocent” do a great job providing fiery riffing as well as catchy, triumphant vocal lines that are sure to get the blood pumping. Another highlight would be that of “Lucky Star,” which also brings in Elize Ryd of Amaranthe for a nice duet with Wilson. But part of the draw here too is how the band weaves in some oriental influences, and the throttling “Samurai” gives plenty thrills with the way they weave those sounds into the riffing, but other songs, like the instrumentals “Ninja No Tamashii” and “Waves,” provide a more atmospheric vibe because of them and gives them a fresh feel. The instrumental tracks in general, provide a nice palette cleanse, being rather catchy in and of themselves, but providing a slightly different mood. With the combination of groovy, upbeat tempos and the oriental vibes, the songs offer quite a bit of personality, particularly in the use of melodies and hooks – sure to bring you back for plenty of return listens.

Amahiru is an enjoyable take on modern melodic metal that combines some rather upbeat tones but still emphasizes plenty of exhilarating riff-work. Soaring synthwork, eastern flavorings, and big hooks make it a listen that’s easy to crank loud and enjoy.