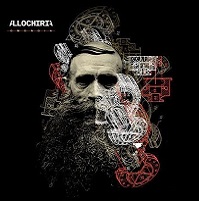 A few years ago everyone and their mother’s nipples happened to be playing ‘post-metal’ in its many forms right into the ground. That heyday has come and gone but as with any movement, after the initial wake will come forth slivers of the same force, often times with a surprising amount of grace. Such is the case with Greece’s Allochiria and their debut Omonoia (ALL THOSE DAMN VOWELS). Post-metal in the sense of movements, crushing weight, and the love of subtle melodies and rising crescendos, this album wouldn’t have been out of place in 2004 or 2005, though it doesn’t sound like a relic being released today. No, this is the sound of a young group taking a sound they likely grew up on and making it their own.

Closer “Humanity Is False” is a fantastic place to start as an indicator of that which echoes throughout: old-Cult Of Luna-like heaviness that gives way to a slithering procession of melody and down-tempo reflection. Guitars build in layers around the pulsing core and before you know it all of the senses are being completely overwhelmed as the band goes supernova, the album’s end furious and suffocating. Short-piece “Oppression” is the most ‘songlike’ work here, its four minutes containing a cascading (not in the black metal sense) set of rhythms and melodies that, offer a welcome and almost bouncy respite from the track it follows.

It’s an ongoing testament to why genres never really die, for just when you think you’ve heard it all an upstart is able to come along and surprise you by breathing new life into an old form. Though it may be too late to make an impact on a large scale as would’ve been the case in 2005, Allochiria has a real winner on their hands here. Omonoia is a meaty, long-to-digest piece of work that demands attention and rewards in kind. For genre fans, it’s a definite indulgence, but for everyone else there’s reason to dive in.