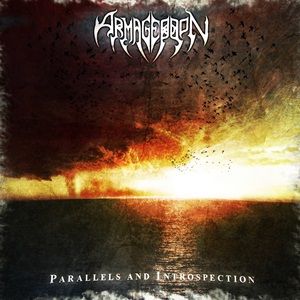 When youthful energy and angst come together in metal, the results can be magical from time to time. Founded in 2012, Buffalo, New York is the homebase of Abyance – who release their second EP Parallels and Introspection. Half of the members are under the age of 18, with drummer Tim Potenza only 13 at the time of recording (just turning 14 at the time of this hitting the market). To those that scoff at age and inexperience, one only need look at Death Angel to see the mark they made on a burgeoning Bay Area thrash scene during the 1980’s – and after a few spins of these four tracks, you’ll be blown away again by the musicianship, inherent knowledge, and talent contained within.

Choosing to go out of state to record with producer Nick Bellmore (Toxic Holocaust, Kingdom of Sorrow) gives Abyance a thick, primal energy that launches out of the speakers. Wisely switching names post-cover (considering Chris Amott is best known now with Armageddon over the twenty other previous ones), Abyance have a clear vision of keeping their current modern power groove/semi-thrash arrangements on point, and as such should continue to improve to claw their way up the underground ranks. Scary how good this quartet is now, only to improve when the Potenza brothers reach their late teens and early twenties – as Abyance can take their technical skills and shed the influence cocoon to elevate their own take on the genre.