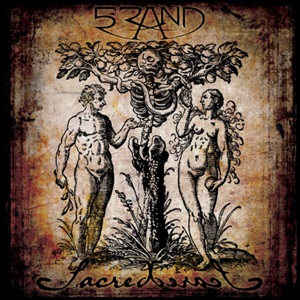 Proposing a modern thrash meets melodic death metal sound, Italian act 5Rand formed in 2012, slowly developing their style to finally release this debut full-length Sacred/Scared. They say you have a lifetime of ideas to collect and pour through to make a grand first impression, and to these ears the ten tracks burst at the seams with a host of 90’s to current influences that pummel, shift, and groove all in their own regard.

Putting the female-fronted tag out there willingly may turn some off – rest assured, there’s nothing typical in the clean/extreme duality to the blonde dreadlocked vocalist Julia Elenoir, as her multi-dimensional approach carries the vision and dynamic efforts of the music to superior horizons in a sub-genre that can normally be aggressive with little else to show. The riffing and tempos sit around Pantera, Testament, and Arch Enemy philosophies – the hooks provide obliterating pit capabilities much like the above-mentioned bands in their prime, as “Blessed” and “The True Death Show” are 100% chug-a-thon, horns high monsters. Industrial and atmospheric pastures open and close the record, as “Behind the Doors of Sin” and “Narcolepsycho (Silent Scream)” are two short cuts that give the listener brief respite from the ferocity on display. Guitarist Pierlugi Carocci unfurls a fertile attack of the axe, getting into his power and extreme touches for “Erase” while channeling some Dimebag and Michael Amott speed break activity during “Cordyceps”.

Julia’s screams can rival any male contemporary – and her clean contrasts make “Blessed” another highlight for that regard, conjuring up The Cranberries’ Dolores O’Riordan to send chills down the spine. Even when the group decides to get a little more groove-based in a Soulfly mold for “Preacher of Lies”, Julia provides the spark and charisma to keep 5Rand out of the cookie-cutter category. Sacred/Scared slays, and hopefully will be the start of a strong, fruitful career for these Italians. 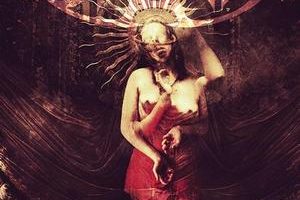