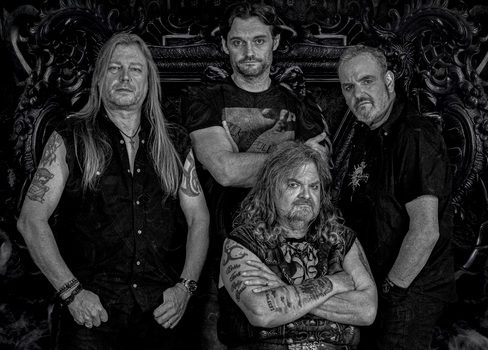 We here at Dead Rhetoric are quite pleased to partner with Dissonance Productions to bring you the premiere of the self-titled opening track from Steve Grimmett’s Grim Reaper’s newest album At the Gates. Set to be released on November 1, the album is boasts 11 tracks of pure British heavy metal. You can check out the track below, and if you enjoy what you hear, you can pre-order it HERE.

As the first song from the album, “At the Gates” doesn’t take long to get the festivities started. An enjoyable intro takes off into some solid galloping and Steve Grimmett’s vocals charging over the top. A nice layer of chunkiness in the production moves the track (and album) beyond a simple throwback to the NWOBHM-era while still encapsulating it’s strongest qualities. The chorus is a quality one for sure – one that fans have been able to get a taste of in the live arena already, but now the rest of the world will undoubtedly get it stuck in their collective heads for the day.

Steve Grimmett himself gives us his thoughts on the track:
This song is about me losing my leg basically and coming very close to losing my life because of an infection I contracted while on tour, it was about the operations 3 of them all while I was awake and hearing the surgeons saw cutting through my bones, and coming round to seeing the drugs and blood on the hanging tree connected to my body.

The process was writing the songs together and then recording them in mine and Mark Pullin’s studio and at the same time writing the lyrics and melody lines.

The fight to remain doing what I do has been a rough ride and continues to be that way as every show presents it’s own hurdles the biggest being stairs, I can go up and down stairs but it’s only one at a time but that’s just the way it is, I will continue to meet all the challenges that are thrown at me for one reason and one reason alone , the fans, who continue to support me and I thank them for that, I hope you enjoy the album as much as we did recording it for you

From the bottom of my heart,
Steve

A snippet of Matt Coe’s 8/10 review of At the Gates:
The will to survive, thrive, and be productive reigns supreme in the life of vocalist Steve Grimmett. Even when losing a limb due to diabetes and having surgery in South America while on tour to support the last Grim Reaper album, he’s come back stronger and better than ever – still kicking tail worldwide. At the Gates is the latest Grim Reaper record and continues to keep the traditional metal style they established in the 80’s aligned for their songwriting/performances.

Check out our full review of the album HERE.

Says the label:
This autumn marks the fortieth anniversary of the founding of Grim Reaper. Of course there was no way vocalist Steve Grimmett would know he’d still be talking about Grim Reaper in 2019. Nearing its upcoming North American release date, Steve openly discusses At The Gates (Dissonance Productions), the band’s fifth full-length studio recording.

The 11-song recording is the first to feature new bassist Julian Hill and drummer Mark Pullin, alongside Steve and his long-term collaborator, guitarist Ian Nash. Discussing the album, Steve reveals, “it’s a slight departure from what we normally do. It’s Grim Reaper with a modern edge. The album’s striking cover artwork was visualised by Steve during a dark period in his life; a battle played out publicly almost three years ago. 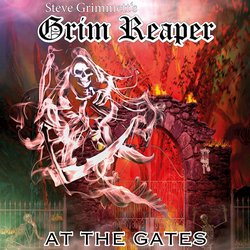 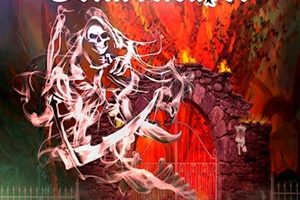 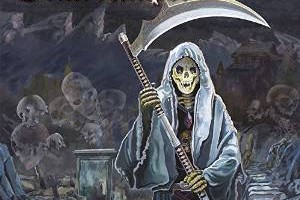