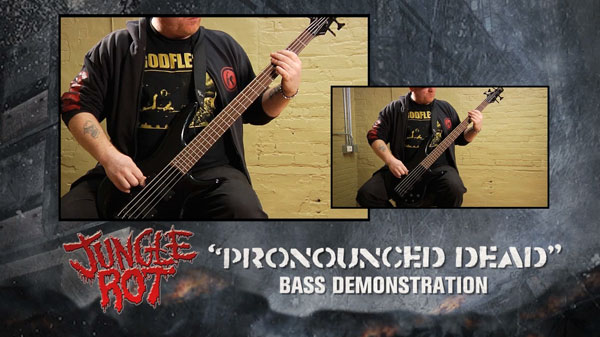 Jungle Rot have released a new bass demonstration for “Pronounced Dead,” a destructive track from the band’s eighth studio album, “Terror Regime”. The track is the eleventh song on the uncompromising album from the Wisconsin quartet which was released on March 19 through Victory Records.

Pick up your bass and shred along with JUNGLE ROT bassist, Jimmy Genenz to one of the most brutal tracks on the album via the player below.