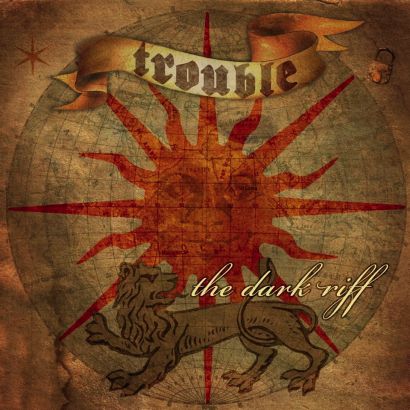 Legendary doom five-piece TROUBLE have issued an update on the band and upcoming album, “The Dark Riff“, which is slated tentatively for a summer release.

TROUBLE comments: “We’d like to thank everyone for their enthusiasm and patience in waiting on the new album. It’s definitely been a long road, but we are getting close now and a lot is going on. The tracks are with the legendary Bill Metoyer who worked with us on ‘The Skull‘ and ‘Trouble‘. Tones are sounding killer. Vocals great. Drums rock solid. We’re looking at a summer release date and will announce all of the details when the information is available. While that happens, work is being done on the album artwork which is looking incredible. We’re also developing our new website and if that wasn’t enough, some new merchandise items as well. So, with all of this going on, we do our best to stay in touch and apologize if we miss some questions and emails sent to us. Thanks again for all of your patience and support and know that we’re working hard to deliver.”

TROUBLE revealed in February 2012 that Kyle Thomas (ex-EXHORDER, ALABAMA THUNDERPUSSY) was added to the band’s ranks as their new vocalist parting ways with Kory Clarke, who had fronted the Chicago based band for four years beforehand.  Kyle Thomas was not unfamiliar with TROUBLE as he previously acted as vocalist  for the band at  four live shows between 1997 and 1999, including Stoner Hands Of Doom festival in Maryland and Expo Of The Extreme in Chicago.