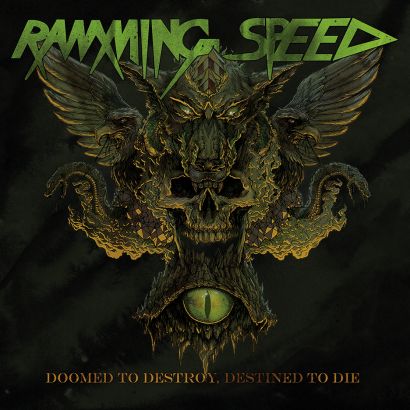 Boston thrashers RAMMING SPEED have posted the lyric video for “Grinding Dissent,” which can be viewed below. The song comes off the band’s forthcoming Destined To Die album, which is slated for a June 25 release via Prosthetic Records.

Comments the band: “‘Grinding Dissent’ is largely about America’s facade of righteousness and freedom. A government that is ‘for the people’ may or may not have originally been the goal, but in this day and age, it’s obvious that protest and free speech aren’t welcome. Our police departments have military-grade weapons turned on civilians to keep us quiet while politicians smile and shake hands behind closed doors. Musically. the song starts off with punishing D-beat and ends with Ferrari-sized, Piña Colada-chugging twin guitar riffage! Put this shit on 11, crack a beer and scream at the sun.”