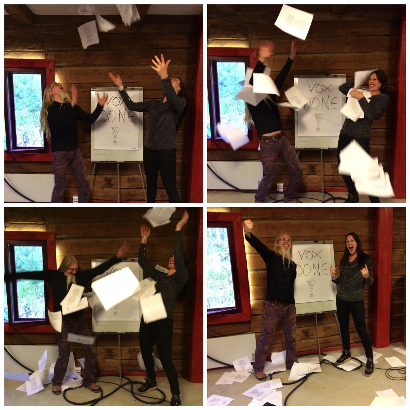 “Vox done! Marco and Floor finished their vocal recording! We’re getting closer to the end of these magical recording sessions, but this milestone in its process was celebrated with as much joy as the recording itself!”

Jansen: “I can’t believe how fast all of this went, like in a dream! I am so happy with all of it though and can’t wait to share it with all of you!”