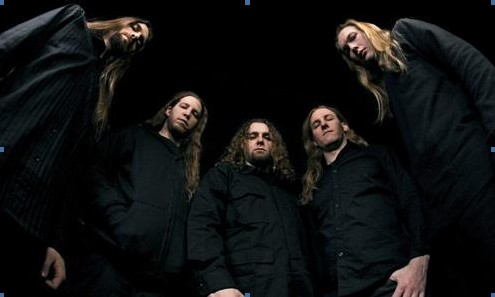 For the average underground metal band without the benefit (or not…) of management, the plight of being a metal band in this cutthroat industry is enough to make anyone throw in the towel. And we’ve seen it happen to many a band: The Crown, Dead To Fall, Still Remains to name a few. Trying to stay afloat and pay the bills is hard enough without leaving to for a 6-week tour, so try doing it since 1994.

Indeed Neuraxis has been at it since ’94, slowly making their way through the Canadian metal scene with their patented blend of tech-y, melodic death metal. Albums such as Truth Beyond… and 2005’s breakthrough Trilateral Progression spewed forth a whirlwind of deranged, but palpable arrangements, anchored by the band’s melodically capable guitar work.

After fulfilling their contractual obligations to Galy Records with the killer Live Progression live album, Neuraxis have gotten their just due by signing with indie powerhouse Prosthetic Records, who released the band’s The Thin Line Between in late July. A more brutal, yet catchy offering, The Thin Line Between is the perfect compliment to the blatant melodicism of Trilateral Progression and should help bring Neuraxis to the forefront of the extreme metal underground.

Guitarist (and band manager) Rob Milley phoned Blistering to chat about the move to Prosthetic, the “grooviness” of the new album, and what it was like to trying to make it as a Canadian metal band without the advent of the Internet….

Blistering.com: You recently made the jumped to Prosthetic. For a band that has been on smaller labels for so long, how does it feel to finally move up?

Rob: It’s a good feeling. It’s cool. Both Willowtip and Galy did a good job promoting our stuff, but at a certain point, we wanted to test the waters to see if we could get to a better level. Those labels were limited to a certain amount of exposures, so we wanted to see what we could get. We’re super happy with Prosthetic. The album is not even out yet and the ball is rolling and the promotion is really good and solid.

Blistering.com: Your live album, Live Progression was one of the better live albums to come from a death metal band. Is it hard to capture Neuraxis properly live?

Rob: We were pretty fortunate because the venue we played the show at, the Imperial has a good sound and a recording studio which is attached the venue itself. I guess they do a lot of live shows and record projects there, so we set that up so that live show was captured directly to the studio and the engineer had everything worked out. The actual we show we played was in support of Martyr and they were doing their live DVD there, so that was set up, so we decided to record our show there. Unfortunately, we couldn’t hire a camera team to get the visuals, so at least we got the audio. Once we got that down, we were lucky with the songs we played and everything was able to be used and JF (Dagenais) from Kataklysm mixed the album and it turned out well.

Blistering.com: Some of your older material is complex, so was it a surprise to you to hear how well it sounded live?

Rob: It was cool, I was definitely happy. It was good timing because we just did a tour in Europe and everything we played on the live album we played on tour. Maybe about two weeks we got off tour we did the show, so everything was still tight. That was probably the reason why everything sounded so tight because the songs were worked in so well.

Rob: I think this time around, some of the riffs I came up with had a darker feeling to them. I didn’t intentionally do that and I didn’t intentionally not write melodic riffs. They say music is an extension of how you feel. The last two years were pretty busy and had a lot of ups and a lot of downs too like changing members and stressful moments and I guess that came through when writing the album.

Blistering.com: One of the songs that really sticks out is “Versus.” The opening/main riff is definitely one of the more odd riff choices for Neuraxis.

Rob: It’s an inspiration from Emperor and also Strapping Young Lad. The chord voicing, it does have that European and Scandinavian feel to it. When I came up with it – and Strapping Young Lad does this – where they’ll play a simple riff and do it in a repetitive way where it becomes droning. I was working our drummer Tommy (McKinnon) on it and he put a beatdown to it, so it wasn’t something too crazy on the drums to take away from the riff and it came out like the Strapping Young Lad-droningness with the European feel.

Blistering.com: There is more groove on the album – is that another reflection of your attitude towards the live setting?

Rob: Actually, we had about half the album written and we had done a Canadian tour where we tested out those songs live and they worked out pretty well. Then when we signed the deal with Prosthetic, we had about three months to finish up the other half of the album and it was pretty intense. We did five songs in three months.

We didn’t intentionally set out to do anything, but one thing we were interested in testing out is that in our past albums, there was riff after riff and double-bass all the time, so Tommy wanted to try a more minimal approach and it brought out the guitar heaviness and the vocals. I’m not putting anyone down, but with these newer bands, the drums are the main thing and the drum beats are everywhere and you can’t decipher everything and it’s chaotic. We wanted to use a traditional approach, playing a little less with the drums and bring out the guitars.

Blistering.com: The closing song, which is the most melodic song on the album, is “The All and the Nothing.” Is that a nod to your older material?

Rob: I guess so. We all like different kinds of music whether it’s melodic or not even metal. I came up with the melodic parts of those while we were touring for Trilateral Progression, so it was one of the first songs I wrote.

Blistering.com: How does it feel to be a part of Summer Slaughter Canada?

Rob: We’re definitely really excited to be on it. The level of quality of bands is pretty high. Every band is pretty insane [laughs]. We’re playing a pretty short set on this tour – we’re only getting 20-25 minutes, so we’re going to play as intense as possible. Less talk and more music. We’re already friends with Beneath the Massacre, we’re buddies with Dying Fetus and we’ve toured with Necrophagist before, so it’s going to be a good time with lots of parties.

Blistering.com: The level of quality and/or uniqueness in Canadian metal, for you, does that at all come from Voivod?

Rob: I definitely respect what they did, but I never listened to Voivod. I’ve heard a couple of their songs, but I don’t think anyone in Neuraxis listens to Voivod. I definitely salute them for introducing a unique form of metal and since they were one of the first bands from Canada, they set the standard. I’m more inspired more from Gorguts and earlier Cryptopsy and even another band like Annihilator and Sacrifice.

Blistering.com: Back to the album. What’s the scoop behind the album cover? Is there a hidden meaning behind it?

Rob: We used the title The Thin Line Between because there’s not a concept, but the general theme to the lyrics and the album cover is duality and it can be interpreted in many ways. For the album cover, it’s duality between man and animal. The creature on the cover can be a mixture of an animal and the man with the duality behind it is a huge tower that touches on the man vs. technology theme as well.

Blistering.com: You just mentioned the man vs. technology theme. Are you worried people are becoming too dependent on our gadgets and our gizmos?

Rob: I don’t fear it, but I defiantly realize it. I’m on the computer eight hours a day taking care of stuff for the band, reading emails, so I’m addicted to it, you could say. If you think about it, it’s kinda scary. You want to appreciate life, but if you’re always on the computer or watching television, it’s just sucking your brain away.

Blistering.com: While the on the subject, you’ve been doing Neuraxis since 1994, so compare and contrast what it’s like running a band now compared to the mid-90’s when there was no Internet.

Rob: In a lot of ways, it’s a lot easier now. With the Internet, I could get in touch with you in two seconds with an email whereas before you could make a telephone call. When I started in the band, I was getting into management and you had snail mail. [laughs] I’d send a letter out and a month, maybe a month and a half, I’d get it back. To get you higher up, unless you had the good contacts in those days, it was harder and it took a lot longer time. I’m not saying that’s the reason it took us longer because we had the first CD out in ’97 and had some lineup changes, and we hadn’t decided if this was what we wanted to do to make this serious thing, so it took four years to put out the second album and that was when we decided this is what we wanted to do.

Blistering.com: Along the way, you’ve obviously hit some bumps in the road. For you, has there been any particular moment that sticks in your head that served as a learning experience?

Rob: We took the slow route and I think it’s for the best. We slowly built up this base and learned from the mistakes we made without the support from a label or a manager. We learned what to do and what not to do and we made mistakes and sometimes things worked out. Now, when things are good, we really appreciate them and when something bad happens, it’s not the end of the world and the band is not going to break up.

Some of the tough things have been changing members and I can understand that [this] may not always be a priority for some people. The rest of us…it’s hard and we’re all getting into our 30’s now and we’re finally getting some exposure. The lineup changes definitely set us back because we had to make sure they were good and we got along with them, but we’ve been fortunate with our recent changes and I’d say now we’re at our best. 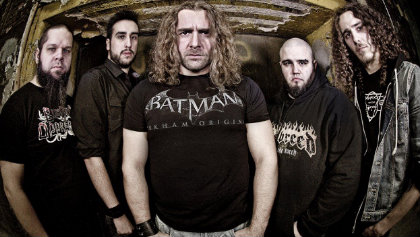 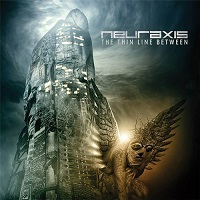