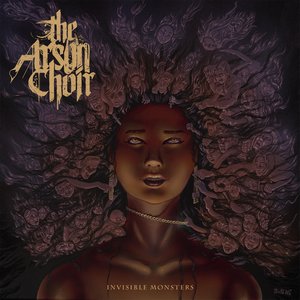 Bands that operate within the noisier segment of the extreme metal community often get ignored because of the noise. Even most of the most extreme fans want to hear a little bit of melody, whether they want to admit it or not. So bands that go full-out with the chaos within their sound often end up feeling a bit one-note or lacking. The most impressive part of Invisible Monsters is how memorable it is, despite the constant abrasion factor.

It does help that the four songs here only add up to 9-minutes of runtime. That ‘packed to the brim’ feeling overflows from beginning to end though. These songs are concise to a razor-sharp point and are meant to dig into your skull and take up some residence there. There’s a ton of rage and aggression going on, but it hasn’t stopped this scribe from putting the EP on repeat and absorbing it numerous times in rapid fire succession. The reason is that underneath all of the intricate and crazy riffing going on, there’s a distinct purpose to it all. Moments of sheer bludgeoning stand out – such as the end of “Gorr Was Right,” where the riffs act as a potent sledgehammer. Likewise on “Revenge, My Love,” which effectively counters these scorching moments with some noteable tempo changes and rather catchy shouted lines from new vocalist Phil Penegar. Each track individually leaves you satisfied yet wanting to return to it because of this. Driving cut “Vanisher” knows how to hit the gas pedal, and when they slow down into destructive mid-tempo stuff, it justly pummels – ending with some of the most violent and headbang-friendly material that the EP offers.

Short but sweet, but completely impressive in their ability to push the envelope with standout riffs and jarring heaviness, The Arson Choir leave a resonating note with Invisible Monsters. Add in some strong and current lyrical content as well, and you’ve got a winner on all accounts.