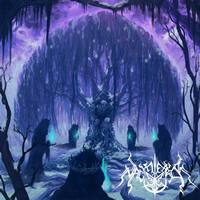 Off the beaten path doom and black metal fans already regard the small, independent label Hypnotic Dirge, and for good reason. They have a knack for uncovering absolute gems, and this split is no exception. Featuring two Saskatchewan black/doom maestros, Of Ash and Dying Light is the latest example of how to design a split for maximum effectiveness.

The first side of the split belongs to that of Nachtterror, whom have long been working on their Judgement album. The two songs presented (4 for the digital edition) show a symphonic approach that keeps a cold, black metal edge to its equally doomy and deathly approach. There are moments of bursting heaviness (see “Upon Ashen Shores”), bombastic and blasting black metal (“Fall of the Sabbath”), but they find a nice balance with some absolutely ear catching clean vocals (“The Breath of the World Ablaze”). There are some excellent solos that rear their head, coupled with some strong melodies (“Belial”) that make the tracks feel much shorter than their runtimes.

Side B brings us to Altars of Grief. The opening to “In Dying Light” immediately gives off vibes of Woods of Ypres, but the remaining tracks (2 for the digital version) show the band is more worthy than a mere knock-off. A bit less symphonic than Nachtterror (and a bit more “woodsy”), its all but certain that fans of the recently released Amiensus will dig this side of the split. The vocals are a bit more shout-y than raspy, which works to the band’s advantage, alongside the strong clean singing element. The digital bonus “Room of Angel” is stunningly gorgeous in its gloomy melodies (there’s a hint of Katatonia here as well) and serves as evidence that the band is willing to explore within the black and doomy framework.

All in all, both bands share some unifying features and complement each other due to some nuances within their sound. Plus, there’s the fantastic artwork, with one piece for each band (side A is shown above, check out side B below). It’s the little things like this that show how much energy and passion was put into developing this split. Both Nachtterror and Altars of Grief deserve some more attention and Of Ash and Dying Light should bring them further into the blackened light. 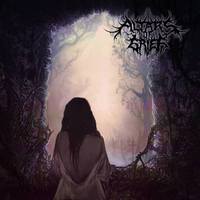 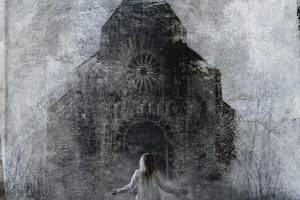 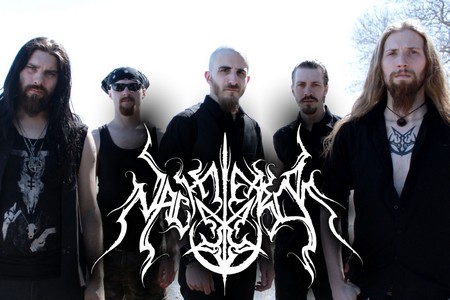