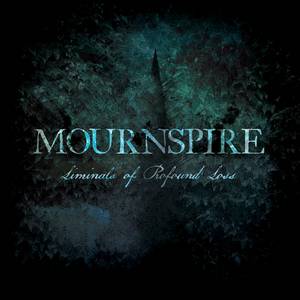 Just looking at everything that surrounds Mournspire, from their name to the title to the dark cover, should tell you that this is not a feel-good type of album. Those initial perceptions are quite dead on, with Mournspire’s debut taking some exciting nods from the old doomy champions while instilling enough of their own sullen cues to keep things fresh.

A two-piece act (both of which previously played in Apothys) from Virginia, they certainly carry gloom enough for an entire line-up. Think of the classic Peaceville acts as a good starting point for what they do, which some occasional bulking up towards death metal heaviness. Some slower, funeral-esque turns also await, adding in more dynamics to help keep the lengthy tracks afloat. The star of the show is really the mood that Liminals exudes. While some deathly influences do weigh in, it never comes across as aggressive – it’s more of an anguished pain that ruptures forth in agony (“Throes”) and then slowly retreating back into sorrow. Ominous growls accompany these sections with the same type of character to them, having a powerful presence and further increasing the suffering factor. As the band shifts into more mournful areas, some spoken word or depressive clean vocals are the norm and help to sell the melancholy that the often beautiful guitarwork crafts. There’s a noticeable uptick in sheer gloom in the second half of the release, with the final trio of “Resplendent Doves Moan,” “Monument,” and “Wreathed in Ivy” forming an excellent build-up and pay-off by the end, resulting in some massive emotional resonance for those who decide to invest in it.

Darkly morose and gloomy melodies give Liminals of Profound Loss an atmosphere worth getting lost in. Those with an appreciation for doom that sits at the more depressive and heavy end of the spectrum should find Mournspire to be a promising new act.