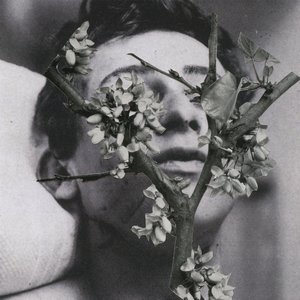 The gradual pulse of the unfamiliar washes over me once again and with it comes a world of surprise. On the one hand, a band with a couple decades of history behind it continuing to produce quality work. On the other hand lies the cousin to the unfamiliar: change. In that another layer of surprise that ties into Manes’ history – once upon a time the band produced black metal. Slow Motion Death Sequence is far removed from that world in all but mood, a low key and often somber exploration of the shadows that lurk between streetlights.

Much like fellow countrymen Ulver, Manes left behind the woodland recesses for something more urban inclined, to some peculiar convergence in the sounds of early 00’s industrial and trip hop. The ebb and flow of Slow Motion Death Sequence is built along a restrained pulse, evinced through the thick and slow-burning opener ‘Endetidstegn’ and used to great effect in album centerpiece and near-ballad ‘Last Resort’.

The pace does pick up on occasion, programmed drums giving heft and a more traditional industrial vibe to ‘Therapism’. Traditionally structure songs like ‘Building The Ship of Theseus’ collide (reference to that band intended) with more experimental take on despondency in ‘Poison Enough For Everyone’ make for a surprisingly varied release stylistically, even if thematically it is uniform. Closer ‘Ater’ is a closer that speaks to my love of well-done closers, a monument to resignation after an album of feeling around in the dark.

Do not be dismayed by the genre tags as they should be considered a general guide rather than an explicit ethos, owing in large part to my unfamiliarity with modern electronica beyond trance and synthwave. The songs on Slow Motion Death Sequence, though always melodically inclined, have next to no pop-leanings, with none of the groan-inducing hysteria of early 00s bands like gODHEAD or Stabbing Westward (that’s a band I never thought I’d encounter again).

I do, however, hope to encounter Manes again in the future as the surprise that washed over me from the beginning of Slow Motion Death Sequence remained sustained throughout. For those familiar with the band none of this will be a surprise. For everyone else, there’s a darkness here worth exploring. As summer begins its downward sprint around us, there’s no better time to indulge it. 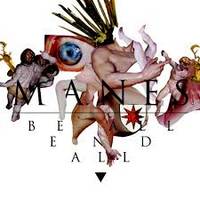 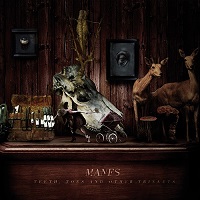