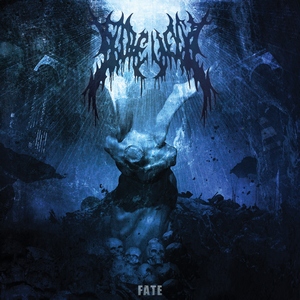 Usually, when one thinks of brutal, slamming death metal, it comes in the form of hyper-brutal vocals (gurgles), tin-can sounding blastbeats, and riffs buried under a sloppy production or the band’s own schizophrenic approach to speed rushes. Japan’s Gorevent come at it from a different angle though, one that’s more lurching and lumbering in the shadows.

Gorevent seem to channel that disturbingly low, distorted guitar sound of a band like Mortician, but instead of hammering the audience into oblivion with grind-y speed, it’s a calculated crawl of putridity. Many times, it’s possible to think of Gorevent as taking that Obituary approach to death metal, except dragging that tempo into the sonic waters of slamming death metal. Each track is an exercise in one thing – oppressively heavy riffs and low gurgled vocals that encourage a bit of hypnotizing headbangs. The riffing is almost like churning a super-thick butter (though perhaps blood or brain matter would be the better fitting analogy for the music) as the tracks drag the listener off to their demise. While it’s an impressive vibe, even at 25-minutes it’s a bit challenging to sit through more than a few times. Since the tempo doesn’t change much (though admittedly “Energies” ramps up some adrenaline), it becomes a bit blurry as the songs go on and that hypnotizing effect mentioned earlier starts to kick in.

While the tempo may make the album oppressive for some, it is nice to hear a death metal band of this variety that has more of its own flavor. Gorevent simply rumble with heaviness and if it’s an earth-shattering lurch that you are looking for, Fate will crush down your bones like a cement roller.