Grab some Scooby snacks and pile into the van, its time for another mystery band.  Dead in the Manger is the latest band to cling to anonymity, giving out no personal identification or location.  Even a trip to the band’s website gives nothing more than a picture and brief description, and there is no Facebook page (OMG!).  If you grow tired if this gimmick, just this once, cut the band some slack and check out Transience, their introduction to the world through 20 Buck Spin.  You’ll be glad you did.

With the current ambient trend in black metal, it was only a matter of time before it began to spread into other genres.  Transience is a bit less than 20-minutes of atmospheric black metal crossed over with some seriously vicious sludge and grind.  The songs are simply labeled “Part I – VI,” keeping with the mystery motif (one wonders if the full length album will start at VII).  “Part I” starts things off with some melancholic guitar that leads into some raspy vocals in the background towards the end of the track.  “Part II” brings things up to an immediate boil; blasting drums and swirling guitars amid some frenzied rasps gives off a feeling of controlled chaos, bleeding right over into the similarly felt “Part III.”  Things open frenetically for “Part IV” as well, but the track mellows over time, highlighting some darkened and bleak guitar, then elevating things back to a frantic and ominous finish.  Eerie atmospheres return for “Part V,” which offers a moment of respite before “Part VI” closing things on a more visceral note.  Clocking in at 4-minutes, its the album’s longest track, and sneaks in a few grim and subtle melodies before things come to a close.

All in all, Transience is a nice mash-up of genres that serves as a brief but engrossing offering to all that Dead in the Manger can accomplish.  Set to bring forth their full-length later this year (also on 20 Buck Spin), let’s hope this one gets released sooner rather than later.

Dead in the Manger official site 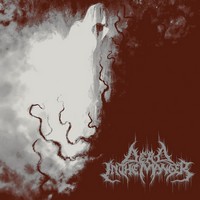