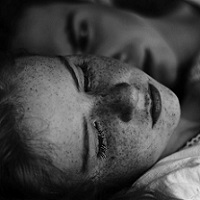 The perpetual and grinding dark, a persistent terror for many in the world but channeled effortlessly here by French blackened hardcore (insertwhateverhereitisawesome) group Celeste on this, their fourth release ANIMALE(S). Stylistically not a big departure from their last album, 2010’s Morte(s) Nee(s), though this time around it’s a double-album of sorts, a normally burly and exhaustive 69 minute experience mercifully split across two 33-36 minute discs. No matter the makeup, ANIMALE(S) is a fantastic experience.

The cascading (not in the Northwestern sense, mind you) wash of abrasive black takes off innocuously enough with opener “Lasse pour compte comme un batard” (yes, for all the decidedly non-Francophones all of the song titles are lengthy and French), the song a lumbering experience in murk and tension, never raising the pace particularly high but never letting itself relent from an ongoing sense of suffocation, something the album is persistent with throughout.  Instrumentals make up the relative mid-points of each album half, the thematically tied and similarly titled “X” and “Y”, the former a build-up of slow-burning tension and aural isolation, the former the resolution to that build up and isolation alike – the place where it all fizzles out into a cold black silence.

To dive into the ins and outs of most of the songs individually would prove ineffective as, when taken collectively, there’s a lot of similarity that runs rampant throughout, all of these songs are very much sonically tied together through a meshing of themes and motifs. Whether taken as parts or as an exhaustive whole, however, ANIMALE(S) is an enthralling and meticulous experience. Thick with rage, abandonment, and every other terrible corner of the human experience one could be unfortunate enough to experience, it is nonetheless a riveting listen, one more than worthy of repeat visits time and time again.