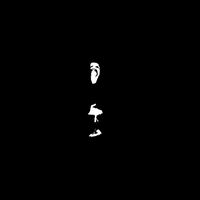 Audiophiles we are not, but certain albums are easier to determine if a boombox was used than others. And of course, the only style of metal applicable to such a device would be black metal, where some bands (as legend has told) have gone as far as to placing microphones inside of a shoebox with a dead rat, or just recording in the woods. There’s no mention of how Portugal’s Black Cilice recorded their third album Mysteries, yet an instant plunge into the album’s sonic department lends to the notion that not a lot of money was doled out on a recording budget.

Internet research reveals little about the band other than quick mention of it being a one-man project, which is natural, if not predictable. A series of demos, EPs, and splits have sandwiched the band’s previous two full-lengths, 2011’s A Corpse, A Temple, and 2013’s Summoning the Night. As far as Mysteries goes, the ominous guitar buzz and hum suggests that the chord movements utilized are not fundamentally too far off the regular black metal path, with the rampant pounding “Ceremonial Truth” having some gusto to it; same for “A Prayer from Beyond.” Because of the recording process utilized, the atmosphere is already built-in, meaning the windy “Into Morbid Trance” and “From the Long Forgotten Past” are suitably diabolical in their own right as pillars of low-fi black metal.

Such an “art” (if you will) was perfected over a decade ago by Xasthur in particular, a band Black Cilice would be smart to emulate should they continue down this path. While there’s not as much interplay in the melodic department as Xasthur, the grim-soaked core of Mysteries certainly helps Black Cilice make their case as undeniable practitioners of cult BM to the nth degree. Basement BM forever!