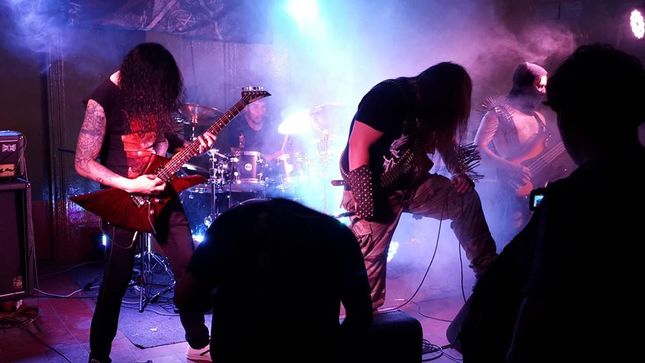 At long last, one of the most highly anticipated debut albums ever arrives: GOAT SEMEN’s Ego Svm Satana, set for North American and South American release on February 24th via Hells Headbangers (Kvlt will handle the release for Europe and the UK).

At ground zero of the rebirth and resurgence of South American black/death at the dawn of the new millennium, these Peruvian devils delivered one of the most classic demos ever with their self-titled 2002 demo, which has seen countless re-editions in the past decade as well as the band’s legendry grow to enviable levels. But alas, a debut album has eluded the band, and the fervor ‘n’ anticipation for one have reached critical mass in the metal underground. Taking on almost mythical status (not unlike Sadistic Intent’s long-promised debut LP), Goat Semen’s Ego Svm Satana has been in the making for literally a decade. Granted, the band’s been keeping busy in the underground since the 2002 demo, releasing a handful of splits with the likes of Nazxul, Krieg, Levifer, and Japan’s Sabbat, among others, as well as two highly coveted live albums – but each step of the way, it’s only been a few songs teasingly released a time.

But now, Ego Svm Satana explodes into being, fully formed as the ultimate GOAT SEMEN statement. Like a veritable travelogue across the history of South American metal barbarity the past three decades, Ego Svm Satana surges and gnashes with all the hellfire and hatred the continent’s black/death is world renowned for, and yet the quartet imbibe all these traditions and spit them out nastier than ever. Song dynamics and even lengths range a surprising amount of ground for metal so hideous and maniacal; likewise, the production finds the right balance between raw and well-rounded. Through it all, however, the feeling of imminent implosion lurks around every dark ‘n’ diseased corner, chaos nearly taking hold and never losing its grip, whipping the listener into either a full-on frenzy or a state of perpetual tension. GOAT SEMEN laugh all the while, the masters taunting their servants, and Ego Svm Satana summarily the execution the latter’s begging for. If you were ever seeking the perfect combination of INRI, Black Force Domain, Aquelarre, Sexual Carnage, and Wicca…look no further. 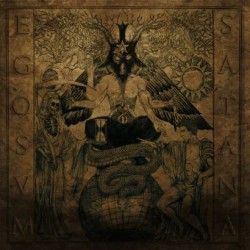