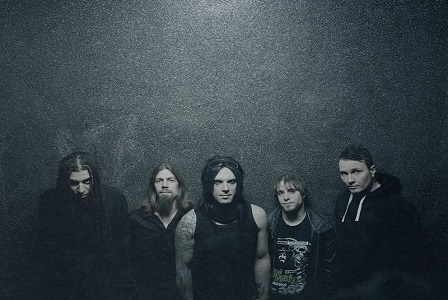 End of Green’s new album The Painstream is a metal album, and if it weren’t, we probably wouldn’t be covering the band. However, the album’s zenith could actually be the radio-friendly ballad “Misery,” which has more in common with 90’s alt-rockers Better than Ezra or The Verve Pipe than any number of the usual Goth rock doom and gloom all-stars. It’s a veritable FM hit; maybe even prom slow-dance music, too. Who says German metal dudes aren’t versatile? Guitarist Michael Setzer clues DR in:

“Honestly, when I heard it the first time I was immediately feeling kicked back to the realm of the 80’s power ballad. Cigarette lighters, slow motion headbanging videos and Jon Bon Jovi staring out a steamy bus window – all mellow and sad on a Sunday morning [laughs]. We all grew up with stuff like that, so it’s a clear reference to those days.”

The Painstream (Napalm Records) reveals in dynamic diversity, with the overriding shuttle of melody-happy songs digging their nails into excellent jams like “Holidays in Hell,” “Standalone,” and “Final Resistance.” According to Setzer, the key to the band’s success is to expect the unexpected.

“We’ve always been quite into melodies and all those catchy hook lines. And this time we really wanted to take that to another level. For me, the perfect music was always somehow psychotic, catchy, intense and heavy. One thing that never changes is, each time we’re doing record we’re somehow surprised how it turns out. The only goal we always have is: intense songs.

“When it comes to choosing music for the bus stereo there’s probably no five bands we’d all agree on,” he continues. “That’s what makes songwriting quite thrilling in End of Green. We start out with some heavy punk thing that ends up as some epic post rock ballad – or whatever you want to call it. I like that.  We’re unpredictable – mostly to ourselves laughs].”

Self-branded as “depressive subcore,” End of Green probably elude proper description. But really, what’s with the tag, guys? “I guess it was some sort of fun thing,” admits Setzer. “Everybody came up with some big made-up genres, so we that did it ourselves as well. The ‘sub’ probably was taken from ‘sub pop.’ Honestly, I’m not a big fan of the term, basically because it never really fit anyway. I go for ‘bad weather music’ – but the others in the band hate that term.”

Coinciding with the “bad weather music” connotation (which is quite good, actually), the lyrical themes on The Painstream tackle typical, yet effective subject matter like sadness, sorrow, solitude, and misery, all of which are staples of any and all Goth-related metal. However, expect a wry sort of depth when it comes to End of Green, even if the band members aren’t all doom and gloom on a daily basis.

“We’re writing songs about life, our lives – which doesn’t necessarily mean our lives are shittier than other ones,” notes Setzer. “We just write songs in those moments we’re not feeling too good. Obviously there’s a lot of sorrow and sadness in those songs. The last three days were great, I’ve been out a lot, spent time with friends, laughed a lot – I didn’t write a song. That usually happens, when each of us is alone.”

End of Green made its entrance into the metal world in 1992, with their debut Infinity album seeing global release via Nuclear Blast in 1996. However, the band has been forced to endure a lengthy drought when it comes to Stateside distribution, something Selzer and co. were cognizant of, but did little to halt the band’s productivity over the years. When pressed if North America has ever been a priority for End of Green, Selzer was succinct:

“Actually, no. How could we? Infinity was released in US back in the day, I think via Nuclear Blast. After that, we were first signed to subzero and then to Silverdust Records – a German underground labels who simply couldn’t afford a US release, nor was there any interest from companies overseas to do so.”

Still, 20 years in the business holding things down primarily in Europe is no small feat, is it not? “We’ve always been pretty much in motion and I guess we survived stuff, other bands would not get out alive,” answers Selzer. “So we’re some tough bastards. This band has always grown in a natural way and sometimes we took steps without even knowing we did. The Painstream is #13 in the German charts, which is our best position ever. We’re open to whatever may happen next. Hopefully it’s something really good [laughs].”

In support of The Painstream, End of Green plans on doing plenty of touring (in Europe, of course), and getting down to business on their next album. So with two decades-plus under their belts, the most important lesson learned for Setzer and co. is a rather noble one:

“Don’t take yourselves too serious,” he wraps. “Focus on songs, not on pants. Don’t try to please everyone. And the most important of all: Don’t expect nothing from music, just let it happen.” 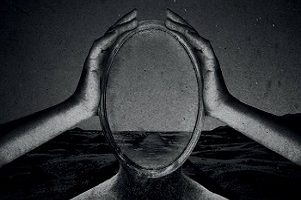 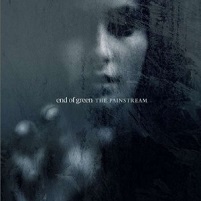