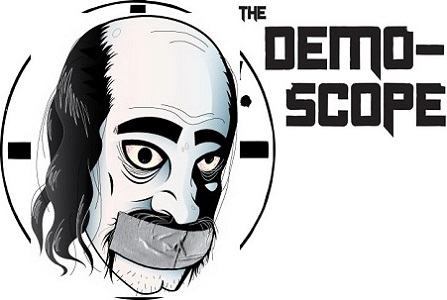 Greetings and welcome to our first installment of “The Demo Scope,” a column where we’ll take the finest unsigned bands and run them through the review gamut. There’s nice swath of bands this month, ranging from traditional death metal, to symphonic metal, all the way to industrial/dub. While we probably won’t cover bands of that ilk going forward (read: industrial/dub), it added some flavor to the proceedings and got us out of our ever-comfortable metal box. So, if you’re in an unsigned band and would like for us to give your band some time in the Internet spotlight, hit us up at: editor@deadrhetoric.com. Onward to the demos!

Bulwark – Excursion EP
Unfit for the progressive metal tag they have bestowed upon themselves, Ontario’s Bulwark are a cage-rattling rock/metal band. Their Excursion EP has three cuts, each of which have ample amounts of beard-catching spits and murky riffs. It’s a release that embodies the times in which we live, although “Utopia” showcases some much-needed range in the vocal department (clean vocals: go for it) and melody, which will always get DR’s foot a tappin. Whacked-out cover art, too. – David E. Gehlke (Bulwark on Bandcamp)

Dead River Runs Dry – Dead River Runs Dry
Already scooped up by emerging indie The Path Less Travelled, Dead River Runs Dry are a grim black metal combo from Australia, of all places. Clearly the pick of the month, the band’s desolate chord structures, suitably perfect production job, and proper atmosphere make this top-notch across the board. The chord swells on “Dying Gleam of the Sun Eternal” are impatient and catchy, while the speedy “The Weapon Black” makes us want to run for the Norwegian hills. Quite curious to see how these guys do over the span of a full-length, for there’s only four cuts here. Recommended. – David E. Gehlke (Dead River Runs Dry on Facebook)

Door to Door Human Gore – The Porcelain Romance EP
Such a cool name…too bad they had to go the unreadable logo route. Think of all the opportunities for merchandise gentlemen! Hailing from Bradford, Ontario, Door to Door Human Gore trade blows with gory death metal and shreds of modern deathcore, which at times, limits their sound. Yet, when they get moving (see the nifty BDM riffing on “Festering Animosities”), there’s some pillaging to be had. What would really make these guys a success is if they played more off the comedic value of their name. It can be done. – David E. Gehlke (DTDHG on Facebook)

Element of Chaos – Utopia
Italy’s Element of Chaos felt the need to include their stage setup in the accompanying press kit for their Utopia full-length. It’s a first, come to think, for DR doesn’t recall looking over how a band plans to set up their stage presentation and the gear they use. Fascinating. The band plays a modern death metal blend that doesn’t veer off into deathcore territory, but needs some fine-tuning before they move to the next step (the title track has its moments, though). Just imagine how their setup will look then… – David E. Gehlke (Element of Chaos on Facebook)

Funeral Horse – Savage Audio Demon
There’s a cassette version of Savage Audio Dream available, which DR would like to get his clammy paws on (only last year did we make the switch over to an MP3 recorder for interviews). This type of angling shows what kind of band Houston’s Funeral Horse is – vintage, loving those 70’s, and in bed with thick, rocked-up riffs, and vocals with plenty of ominous echo. The bluesy “Scatter My Ashes Over the Mississippi” is the pick of the bunch here (nice dynamics), but don’t leave “Invisible Hand of Revenge” out in the cold either. Rocking stuff. – David E. Gehlke (Funeral Horse on Bandcamp)

Kuadra – Il Bene Viene Per Nuocere
Kuadra hail from Vigevano, Italy and the biggest surprise is the band’s flagrant style of eclectic sounds and musical influences that are culled from bands like Korn, Static X and Tool just to name a few. Normally most young bands coming out of Italy these days are more taken by the American thrash template, but not these guys, and this allows for a more refreshed sound. My biggest complaint is the vocals are done in Italian, so it’s hard to figure out their lyrical style, but you cannot mistake their anger and aggression towards the music. – Kenneth Gallant (Kuadra on Facebook) 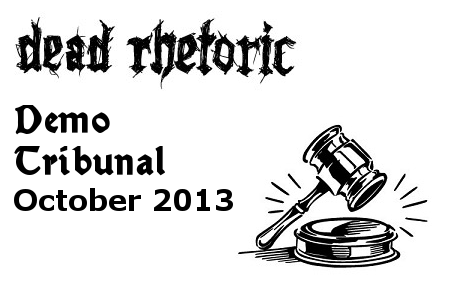