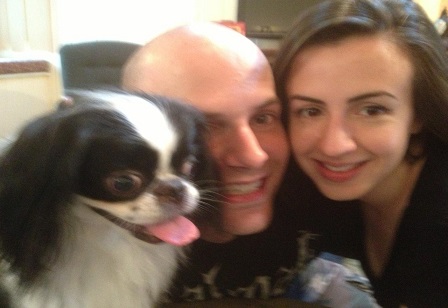 When anything of remote excitement happens to our dog Goji (that would be him on the left), my fiance and I usually exclaim “You had a BIG day!” Perhaps these sort of sayings are meant as a term of endearment, or to magnify how even the slightest event (going outside, getting a treat, etc.) is worth getting excited about for him. Along those lines, one could say yours truly “Had a BIG year.” After the demise of our Blistering.com predecessor in January, this very site was launched in April. Getting engaged in July was important event #2. So yes, 2013 was a big year indeed.

Surely the staff will do a fantastic job of putting 2013 into words, so I’ll take this moment to be sentimental and/or mushy and recognize my better half, Ashley, who through the magic of metal, became my significant other three years ago. A casual attendee at my old band’s shows, she somehow wasn’t turned off by the fact that a.) I sweat profusely during live performances; and b.) Have an unhealthy obsession with metal and the Cleveland Browns. In spite of my best efforts to be as unappealing as possible, our relationship grew via exclusively all good times, making the last three years-plus about as joyful as one could ask for. Ashley has roughly eight months to change her mind before assuming my last name, but I know where she lives (with me), and Goji wouldn’t know what to do without his nightly bro-down session. Neither would I…

1. Fen – Dustwalker (Code666)
At the forefront of the billowing U.K. post-black metal scene, Fen take the #1 spot with their third album, Dustwalker. Its melodies are transcendent, while the acoustic guitar work is earthy and engaging (“Epilogue.”) A song as valuable as “Spectre” (see next page) should be cherished, and the sprawling, epic dive of “Consequence” and Voivod-ian “Wolf Sun” are simply magnificent. Point being, nothing can top it in 2013.

2. Omnium Gatherum – Beyond (Lifeforce)
Melodic death metal as a form remains in a standstill, as bands are still more keen on recycling Slaughter of the Soul than working in something new, but Finland’s Omnium Gatherum appear to be one of the few bands eager to make good on expansion, which is the case with Beyond. Lots ‘o memorable and world-beating tunes going down here: “New Dynamic,” “Formidable,” and especially “The Unknowing,” so one would be advised to check ’em out if you haven’t already. They’re the best at what they do.

3. Carcass – Surgical Steel (Nuclear Blast)
If this is not the best comeback album to come down the death metal pike, then what is? Surgical Steel – as we have covered in detail – is simply the near-perfect cross between Necroticism and Heartwork, bumped up with a killer production job and exhaustive drumming of newbie Daniel Wilding. Curious to see how long of a shelf life this will have, and if the Brits will tour this thing incessently, or race back to the studio for a follow-up.

4. October Tide – Tunnel of No Light (Pulverised)
Continuing on the same path as 2010’s marvelous A Thin Shell, Swedish melodic death/doomsters October Tide hit upon a new level of darkness with Tunnel of No Light. The songs are involved, full of twists and unexpected turns, yet the prevailing theme of desperation and despair is resounding.

5. Enshine – Origin
The too-soon split of Sweden’s Slumber spawned the pair of Atoma and Enshine, and while Atoma were the first out of the gate with last year’s Skylight, it is Enshine who are the most Slumber-like, and, the better of the two. Those in search of those dire, but cinematic melodic epochs should find them in spades on Origin.

7. End of Green – The Painstream (Napalm)
A band as regularly off the radar as Germany’s End of Green belongs on it. The Painstream has the hook-oriented moxie and instant blend of metal and radio-ready tunes that are easy on the ears. An absolute must for those who get down with dark and melodic metal with a slight commercialized twist.

8. LowCityRain – LowCityRain (Prophecy)
In no way a metallic selection whatsoever, LowCityRain is the product of Markus Siegenhort, a member of German black metallers Lantlos. The approach is 100% 80’s new wave and Goth, but man, these songs are so buoyant, memorable, and haunting. It’s like Siegenhort shot himself in a time machine, retrieved the best elements from three decades ago, and spun it for 2013.

9. Twilight of the Gods – Fire on the Mountain (Season of Mist)
All sorts of big names from the black metal scene hunkered down in Twilight of the Gods, yet there’s no BM or Bathory-pining to be found. Instead, Fire on the Mountain gets down with crisp, classic metal; a bit of a more triumphant Accept and less loin-cloth-ready Manowar. Singer Alan Averill of Primordial pulls it all together, though, just listen to his inspiring howls on “Children of Cain.” Immense.

The constant evolution of black metal is personified by Sombres Forets’ sophomore album, La Mort du Soleli. An inviting journey of tidal wave melodies, sideways riffs, and forlorn passages, La Mort is an “album’s album,” as in, full attention is required. If you aren’t up to the task, then you’re missing out. 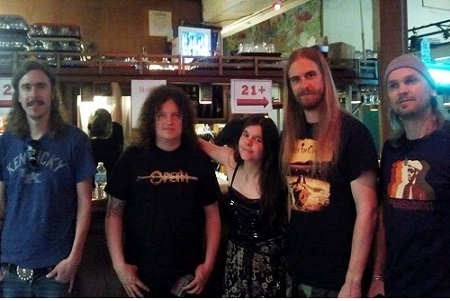 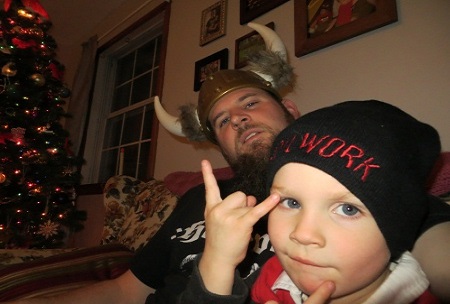