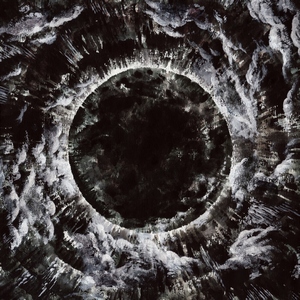 The cloaked visages, a ritualized intro track, the use of darkened schemes on the cover art, and the band’s name all point towards one thing – more death metal of the cavernous type. Appalling Ascension is the band’s full-length debut, and while no one is going to deny the roots of the band going in a direction that more bands have taken a liking to, there’s more beneath the surface of this twisted labyrinth than you might give credit for.

The one rough patch in Appalling Ascension is that of the 4-minute opener, “Heart Girt with a Serpent,” where ritualized growling sits atop dark ambient atmosphere, introducing the album like a blackened hymn. It’s all well and good, but it’s a rather slow burn of a beginning that outlasts its welcome. Thankfully, “From Endless Chasms” takes off like rocket through the abyss and the band never looks back, outside of the “mood-setting” and needlessly long instrumental “Ateg Gibor Le-Olam Adonal.” You can cull from the usual references, stylistically speaking (Morbid Angel, Incantation, Immolation as the unholy trinity here), but there’s more to it than simply that. For one, the band’s production values are a bit cleaner than you usually get here, giving them a monstrously heavy wall of sound that’s quite effective. There’s also some control to the chaotic and frenzied approach to the faster material, allowing some catchy melodies (see “A Gray Outcast” or “As the Worm Descends”) to make sure things continue forwards. The doomier tracks, like “Consecrating His Mark,” play nice with the wall of sound approach, giving the lurching to mid-tempo crunching to become addictive and powerful, blurring lines between gloomy and ominous.

Appalling Ascension is a solid entryway for The Ominous Circle. Their actual songs are thick with gloomy and dark atmosphere that keeps your attention with its macabre heaviness. The intro and instrumental may slow down some of their momentum, but the rest of the album casts some serious potential for those that like their metal to gaze into the abyss.