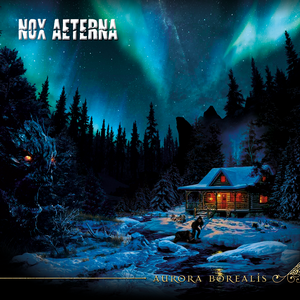 The third album is always hyped up to be make it or break it territory, but only in the essence that one can see if the band in question is going to really stick to their guns and deliver more of the same with each round, or if they can continue to evolve and enhance their sound. Nox Aeterna has previously showed that they are willing to push their limits, which is again showcased with Aurora Borealis.

Given a more digestible offering (10 cuts as opposed to 15 last time around), Nox Aeterna return with another conceptual album, which leans in their favor. The approach fits here – with songs that feel connected to each other from a musical standpoint, and does a good job of selling a story. A range of tracks that fully dive into the more aggressive melodic death metal intensity while utilizing synths and catchy melodies does the trick – offering moments of triumph (“Rainbow of the Night”) with more searing attacks (the title track) – and keeps the album moving without any slowdown. Pleasantly ‘pure bred’ melodeath, there’s no clean vocals to be found, which does aid in the heavier feel and allows the melodies to really take the spotlight from track to track (a clear strong suit for the band). While it’s all territory that’s been covered before, the clear enthusiasm for the source material helps provide Nox Aeterna with a bounty of energetic yet memorable melodies from beginning to end.

A noticeable jump from the band’s previous effort, Aurora Borealis has been streamlined to showcase what Nox Aeterna does best. For those looking for well-executed melodic death metal that avoids the more mainstream/poppy strands, Nox Aeterna is quickly becoming a go-to act that should have little trouble making a name for themselves as they progress forward. 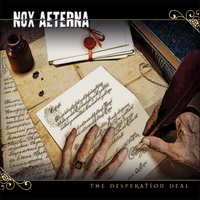