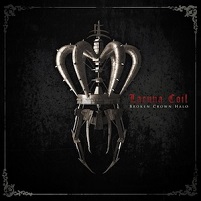 Whatever the “wall” may be, Lacuna Coil have hit it. Peddle back to a decade ago, and such an event seemed unlikely, for the Italian six-piece seemed poised to become the metallic, authentic anecdote to Evanescence. In that pursuit, though, the band lost their plot (see: 2009’s total dud Shallow Life), and have gradually been trying to get it back ever since, with 2012’s Dark Adrenaline having some merit, and the album in question, Broken Crown Halo, following a similar, albeit unremarkable pattern.

A surface-level observation of the 11 songs in the lot is that Broken Crown Halo is a bit too safe for its own good. The band’s battle-tested, but now-weary male/female vocal duets come in as expected; Andrea Ferro holding down the muscular verses, and Cristina Scabbia casting those poppy, feminine shades. There’s the usual pocket of songs that have muster: “Nothing Stands In Our Way,” the semi-cheesy “Die and Rise,” and “I Forgive (But Won’t Forget Your Name),” each having a general sum portrayal of what Lacuna  Coil does best, which is straight, marginally heavy riffing, melded with touches of atmosphere, and the above-mentioned vocal sparring. Finding a full album of songs with equal dynamics, though, still eludes the band.

Disappointing first-week sales numbers notwithstanding (who doesn’t have disappointing sales numbers upon release these days?), Lacuna Coil simply don’t have much of an appeal to temperamental metallers circa 2014, suggesting the middle-of-the-road albums like Broken Crown Halo will become the norm going forward. ‘Tis a bummer…DR and some on the staff clearly remember a time when the prospect of some truly big things were on the horizon. 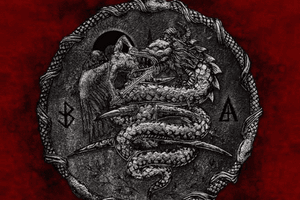 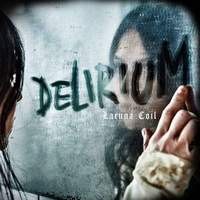