Start your week off with some experimental blackened death metal from the UK’s Itheist. We at DR bring you another pre-release single from their self-titled, due out on June 21st. If you enjoy what you hear, you can pre-order the album at the band’s Bandcamp site HERE or simply click on the Bandcamp widget at the bottom of the page (where you can also check out two more tracks).

About the song:
One of the more straight-ahead pulverizers on the album, “Infernal Insurrection” has plenty of moments featuring some hellish speed and dark, tremolo-picked riffing. In and of itself, that’s reason enough to dig in for a listen as the caustic sounds give a quick adrenaline fix. But the song is about much more than steamrolling. You will also find a good sense of melody and balance as the song progresses. From its eerie, mood-setting opening and gradual build-up to a blackened stampede, to several moments of darkly woven melodies and atmospheric slowdowns, there’s a great deal of depth for the listener to digest. Something that can be easily expanded to the entire album itself, which deftly combines more traditional black and death metal spirits and inserts some dissonant and otherworldly vibes to meld it into something more exotic and experimental in design.

About the band:
Itheist (formerly Aetherium Mors) is a UK-based extreme metal band formed by multi-instrumentalist Dan Couch and vocalist/lyricist Kane Nelson, with roots tracing back to 2004.

Now with the recently completed self-titled full-length debut album ready to unleash, Itheist is ready to enter a new phase of existence and creativity. With songwriter Dan’s involvement in multiple musical projects over the years (including Black/Death Metal band Carcinoma and Black/Thrash band Holodomor among others) making a marked impression on his writing style, the new album brings together blackened melody with dissonance, creating a unique style of Extreme Metal. Elements of classic bands such as Death, Carcass and Dissection collide with more experimental bands such as Akercocke, Ulcerate and Gorguts, but without compromising Itheist’s own identity.

The new self-titled album was tracked by Dan in his own private studio. Mixing and mastering was handled by Damian Herring (owner of Subterranean Watchtower Studios and Vocalist/Guitarist of US Death Metal band Horrendous). Damian was a conscious choice through his work mixing and mastering his own music, as well as countless highly respected underground bands such as Blood Incantation, Moss Upon the Skull and Ellorsith. His mixing ethos is a highly dynamic, anti-‘Loudness Wars’ approach which fits perfectly with Itheist’s sonic vision. 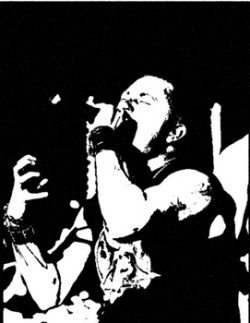 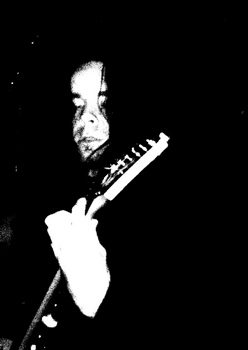