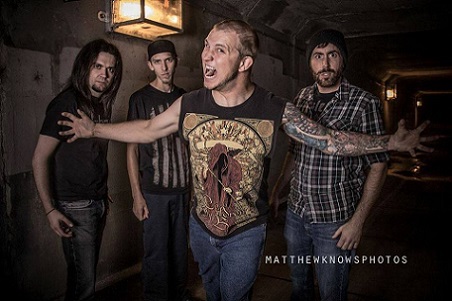 Our last demo column of 2013 turns out to be perhaps the strongest, with all sorts of bands portraying themselves as label-ready. Then again, sometimes the indie route is the best way to go, but don’t try telling that to band’s with serious ambitions, but we digress. Up for discussion this month: An Act of Treachery, Beckon, Bloodgod, Brutalody, Clad in Darkness, Empire of the Scourged, Eternal Storm, Ploy for Extinction (pictured above), Shadecrown, Spectral Flood, and SteelSwarm. Read on!

Beckon – Beckon EP
A bunch of fresh-faced Scotts, Beckon have in the span of just over a year, made significant waves in their home country with piles of live shows and good vibes surrounding their debut 3-song EP. Stylistically, the band holds serve in the modern thrash realm, perhaps leaning on the Sylosis and/or Devildriver side of the fence. (Note: Beckon is infinitely better than Devildriver.) The songs on hand here sound fantastic (a recurring theme for this month’s submissions), which gives the brutal slant of cuts like “God Inside” and the Machine Head-esque “Another Apocalypse” a nice little shot in the arm. Curious to hear what these fellas can do with a full-length. (Beckon on Facebook)

Bloodgod – Pseudologia Phantastica
A Netherlands-based death metal power trio, Bloodgod are the product of former members of a variety of bands, including a Slayer cover act by the name of “Player.” Now, if that’s not the worst name for a Slayer cover band, then what is? (At least they didn’t have the gall to call themselves “Stain of Mind” or something related to Diabolus in Musica.) Neverthless, the band’s three-song EP Pseudologia Phantastica wraps itself around chunky, partially technical death metal, probably in the vein of a less slam-infused Dying Fetus or the like. Regardless, a nice helping of upward, redeemable death metal is on hand here, and once the band gets their visual presentation sorted out, some better things might be in order. – David E. Gehlke (Bloodgod on Facebook)

Brutalody – The Usurper
Honestly, the name describes everything you’ll get with Brutalody. Three tracks of heavy death metal riffing and bellowing roars amidst some hyper-catchy leadwork and melodies a la older In Flames and Soilwork. There are even a few clean vocals that are more power metal-esque (as opposed to the more “commercial” variety) and a nice acoustic passage in “Sonic Lust” to help round things out. Certainly not the most original sound on the planet, but it’s so catchy that it’s been in heavy rotation for the last two months and deserves a bigger audience than it’s currently seeing. – Kyle McGinn (Brutalody on Facebook)

Clad in Darkness – Decathect
A quick perusal of Clad in Darkness’ influences on their Facebook page reveal all sorts of utterly mandatory bands: Alcest, Anathema, Dissection, Emperor, and My Dying Bride, a veritable melting pot of metal’s dark underbelly. With smart influences in tow, this Chicago-based quintet utilized Kickstart to fund their Decathect debut, something that more unsigned bands should do if they want a quality-sounding product. Decathect is rife with those mournful, longing melodies, the type Agalloch were so privy to in their Pale Folklore days, but the band really makes hay via the use of soft acoustics, spacious dynamics, and the necessary atmospheric jolt, see: “Reveries and Silence” and “Deluge.” – David E. Gehlke (Clad in Darkness on Facebook)

Empire of the Scourged – Transcend into Oblivion
Cultivating the rarely-used “avant-garde industrial metal” banner, Netherlands-based Empire of the Scourged have been in action since 2008, with Transcend into Oblivion being their first official release. Being that there’s a small sample size of like-minded outfits, the band’s use of programming (read: drum machines), dominant synths, and cyborg vocals recall on some level, the more brazen works of Samael, Tidfall, and the like. However, the steely and futuristic “Hollow Machinations of the Foul-Spirited” and “Trapped in this Massive Process” did their job in creating a dystopian vibe. – David E. Gehlke (Empire of the Scourged on Facebook)

Eternal Storm – From the Ashes
DR just reviewed a similar-minded melodic death metal band from Spain (Dawn of Tears), but Eternal Storm is clearly the superior of the two. A functioning entity since 2007, the band culls from the usual cadre of mandatory melodic death metal bands (we won’t list them, for one should know of such things already), and their From the Ashes full-length is lock, stock, and loaded with flighty melodies, and the multi-faceted bark of bassist/vocalist Kheyron. And even as the semi-brutal riffs make due on frequent occasion, the band is smart enough to employ a dynamic sprawl that gives cuts like “Boundaries of Serenity” and the excellent “The Dream” that perfunctory edge. – David E. Gehlke (Eternal Storm on Facebook)

Ploy for Extinction – Primordial
The best-sounding album of this month’s batch (as it should be – it was recorded by Dave Otero of Cephalic Carnage and Satan’s Host fame), Ploy for Extinction’s Primordial debut sticks the landing on modern melodic thrash/death. Initial concerns that this would veer off into Trivium territory were quelled as the album progressed, thanks in large part to the convincing rasp of Josh Ruff, but it’s the quality lead/melody pairings hauled out frequently that give the album its muster, specifically on opener “Seeds of Fear,” and the adventurous “Sea Creature.” Hard-working gents the Ploy for Extinction lads are, so here’s to wondering aloud if some small indie will give them a nibble in 2014. Ultra-pro stuff, and the pick of the month. – David E. Gehlke (Ploy for Extinction on Facebook)

Shadecrown – Chained
Shadecrown’s second effort in 2013 is a welcome treat. A mash-up of some of Finland’s greats, Shadecrown successfully mix the grandeur and sorrow of bands like Insomnium, Rapture, and Omnium Gatherum along with the occasional groove and power of Diablo. Chained feels even more confident than January’s three-song demo, and they are really beginning to come into their own, musically speaking. With an excellent production and some gorgeous melancholic leads, these guys are primed for a full-length and the right label to come along. – Kyle McGinn (Shadecrown on Bandcamp)

Spectral Flood – Diving into a Blind World
Faulty artwork aside (DR knows people who can’t have anything in or near their eyes), Portugal’s Spectral Flood come across a hook-oriented, radio-ready metal hybrid, which is cool considering the dearth of bands like this from the land the band calls home. The onus on vocals usually works (see: “Fall from Grave” and “Dead and Gone”), creating some carefully-crafted sing/scream avenues. Should the band not fully take the commercialized bait and cling onto their ability to write compact numbers, they should have no problem improving upon the base created with Diving into a Blind World. – David E. Gehlke (Spectral Flood on Bandcamp)

SteelSwarm – The Ultimate Offering
Formed in 2007, meaning right smack dab in the middle of the retro-thrash boon, Australia’s SteelSwarm are comprised of the brother pair of Jamie and Dane Simms. Their four-song The Ultimate Offering EP, unfortunately, demonstrates little in the way of originally, for this predictably derivative thrash angle has been beaten to death by bands of equal or lesser value. Let us not downplay the band’s musical ability (“Ever Rest” has some cool twists and turns in the rhythm department), but one doesn’t have to try very hard to figure out where these four songs were headed. A bit late to the party, gents. – David E. Gehlke (Steelswarm on Facebook) 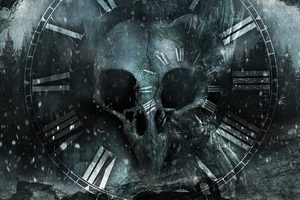 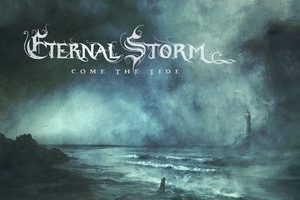 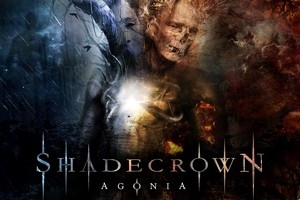 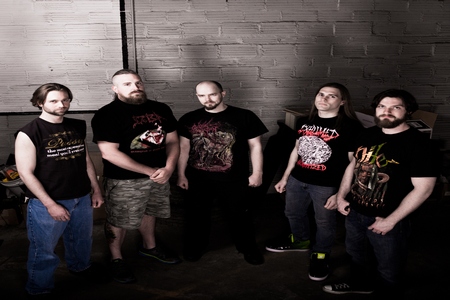