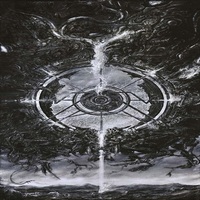 ZOM’s debut record offers an intriguing glimpse into the possibilities of a new band who knows the oh-so-important function of dynamic pacing and diversity. The overall sound certainly achieves the blackened death metal aesthetic the band is going for (more emphasis on the “blackened” than the “death,” though, instrumentally speaking), but they expertly employ less-common techniques to break up impending monotony and even exercise some grind characteristics from time to time. The result is a serviceable dose of more-nuanced extreme metal whose eight tracks are sure to keep the pits roiling and provide listeners with the forty-minute adrenaline surge they seek.

While ZOM doesn’t churn out any “You Suffers” on this record, they generally keep things brief. With few exceptions, most tracks fall in the three-minute range, a perfect duration for compositions that rely almost exclusively on the blast beats and reverb-ridden riffage that’s sure to pacify the purists. When the band decides to work some overtime, though, they do so by wisely implementing new elements; “Conquest” punctuates its five-minute marathon with Iommi-style guitar trills that sound as sinister in today’s musical landscape as they did in that of the ’70s. Likewise, the equal-length title track employs more treble to accentuate the blackened musicality while several others include hardcore-tinged riffs that swing the intensity level implacably skyward.

These newer elements mesh well within the established stylistic framework and flow seamlessly into ZOM’s wall of sound. The requisite lo-fi production facilitates a cacophonous but still discernible maelstrom of power chords and rapid-fire snare hits that might as well be a recording of a steel plant meltdown, albeit with slightly more musical intent. The mayhem is all overdubbed by frontman Cthon, whose vocal style may best be described as that of a baritone bloodhound wailing in a wind chamber: strong, menacing, and ghoulish all at once.

ZOM shows great promise in their debut outing with dynamic deftness being their strong suit. Assuming they maintain this level of ingenuity moving forward, Flesh Assimilation will be remembered as a powerful and prescient effort that foretold a storied career in the realm of extreme.