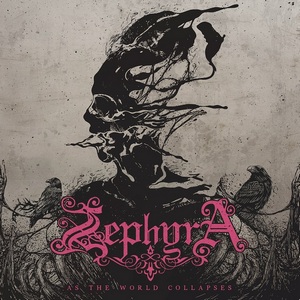 While the bastardization of melodic death metal got many up in arms towards the end of the last decade, we seem to be getting stronger albums on both sides of the divide at this point. There’s the carriers of the torch – those who stick to the Gothenburg formula of twin-guitar harmonies and throaty roars. Then there’s the other side, which leans in a more modern direction with clean vocals and electronics. Zyphrya may find themselves on this side, but they know how to toss in an intense rush with it.

Immediately catchy and infectious, Zephyra also packs in a wallop of death and thrash to balance things out. Think of the uptempo, bouncy rhythms of a band like Amaranthe, but add to it some fast and thrashy riffs to accompany it. Opener “Words of a Demagogue” is a fine example of this, with catchy synths laying down an intro while a thrashy verse puts things into high gear. The chorus re-introduces the keys, alongside clean vocals, but it maintains high energy and never goes for the “sugary sweet” variety. Part of this is due to the varied nature of vocalist Åsa Netterbrant, who carries a great range of screams, roars, and varied cleans – seemingly able to easily adapt to the band’s frequent shifts in sound. Other highlights include the electronically laced yet thrashy feel of “Virago,” soaring melodies of “Only One,” and suitably epic sounding title-track that closes the album.

Those looking for a modern melodic death metal album that doesn’t lack for bite should keep Zephyra on their list of bands worth checking out. As the World Collapses keeps the energy level high, the choruses catchy, and the riffs coming at full speed – without succumbing to a predictable formula. An impressive second outing. 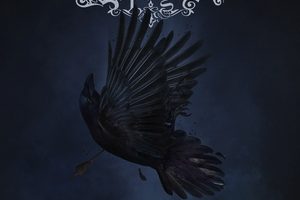