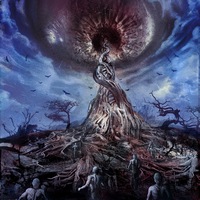 Dense and angular death metal being one of the buzzwords of the day in death metal, there’s quickly becoming no shortage of bands that bring the genre into dark, twisted, and sinister vibes. Zealotry may be a newer face on the scene (though its members are not), with 2013’s The Charnel Expanse being their first full-length, but said album made quite an impact at the time and Zealotry continue to forge ahead into their own approach with The Last Witness.

At times, the word dense doesn’t begin to do The Last Witness justice. There is a lot going on at any given moment, and it will take a few listens in order to fully appreciate and wrap your head around the proceedings. While there may still be some initial gratification, once it all sinks in, it will be worth the effort. Zealotry work some real death metal magic with the riff combos of Philippe Tougas (Chthe’ilist/First Fragment) and Roman Temin, creating a sound that feels modern yet classic, dissonant and cavernous without being too sloppy, and sometimes just wondrous. Take the album’s centerpiece, “Progeny Omega,” which rumbles with low end, progressive and spiraling riffs, and eventually leads into a full-on choir segment. On the opposite end is the mid-tempo slugger “Mutagenesis,” which unloads dazzling leads atop of churning riffs and murky atmosphere that Incantation would cheer for. The way that the band weaves all of these elements without making it an utter mess speaks to their songwriting ability.

An impressive follow-up, The Last Witness is strong enough to get Zealotry to the next level within the death metal rankings. Yet another strong addition to the Lavadome Production camp (also featuring Ad Nauseam and the upcoming Dominhate), this one is complex yet rewarding. A stunning combination of otherworldly progression and brutality.