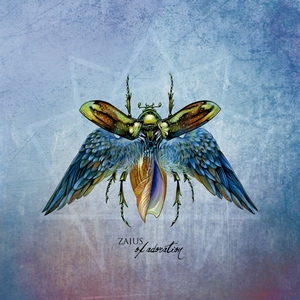 Chill metal? In our genre-naming culture, Zaius would do well to jump in front of that one in terms of colorful self-description. In all seriousness though, it does seem to pretty accurately describe what is going on with their music. The up-and-coming instrumental act has been at it for a few EPs at this point, with Prosthetic officially launching their full-length debut, Of Adoration.

Casually blending metal with post rock, there’s never a moment on the album that feels abrasive or even aggressive in tone. While that might be a turn off for some, some of the strongest instrumental band work usually comes in this form. Without having to stick vocals in front of their music, they don’t have to feel relegated to the ‘verse/chorus/verse’ formatting and just simply go with gut instinct. Zaius have a good grasp on this, and never wander too far into random territory. Instead each track seems to focus itself on the mood and setting of the material, giving it just enough structure. It can all flow together if you let it, but each track on its own still stands strong. Gentle melodies still contain a fair bit of power (see “Echelon”), and they work best to stick into your head in an almost hypnotic approach. There’s a good blend of melancholy and tenderness, with songs like “Anicca” slowly building up towards something a bit heavier in their back-end. The type of material that you could easily imagine being the soundtrack for a video game on the dreamier side of things. Some moments of heaviness level things once in a while, such as “Magnolia,” and give the band a chance to flex some muscle in a way that doesn’t feel out of character.

Of Adoration carefully strings together floaty, airy music that still has enough riff power to keep you attentive as they weave pensive melodies. Some really beautiful passages to be had, which will whisk you away to a peaceful journey.