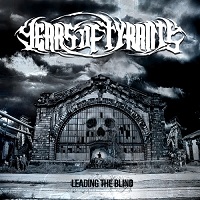 Don’t look at this too quickly – one might think it’s “Woe of Tyrants” we’re talking about, not “Years of Tyrants.” Tyrants, man…they’re everywhere. Years of Tyrants are a French five-piece formed in 2010, which would equate to all sorts of unfounded notions that they don’t have the knowledge (or know-how) of metal’s formative years. Or even those muddled death metal 90’s. Almost predictably, the band is a deathcore hybrid; not fully taking the beatdown bait, yet those finger-flying runs and occasional boneheaded moment are in tow on their redeemable Leading the Blind debut.

Hailed by the band as “the missing link between Necrophagist and Beneath the Massacre,” Leading the Blind pretty much lives up to that description. The playing is totally precise and nifty, like on “Through Infamy,” where quick darts of guitars buzz like hornet’s around a nest. To their credit, the band does keep a close eye on their usage of beatdowns. They’re used as a supplement, not the main course, which allows for the rather bountiful “This World Is Ours” and “Of Those Who Wasted It All” to benefit from the technical pyro that is on course with the aforementioned duo.

While there is little doubt Years of Tyrants won’t get caught in the deathcore vacuum, they’ve managed to create an interesting, occasionally jarring album with Leading the Blind. At times, this thing is brutal on an ungodly scale, which makes one wonder if the band can up the ante next go-around and forget about what everyone else is doing around them… 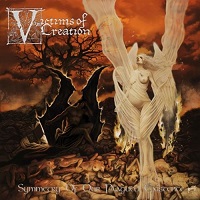 Victims of Creation – Symmetry of Our Plagued Existence (Cyclone Empire)