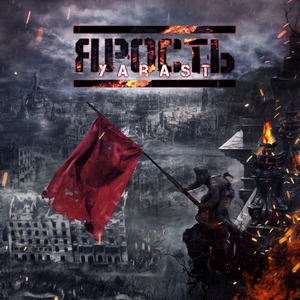 There’s often a pre-conceived notion of when someone says, “melodic death metal,” that it is going to be another At the Gates/In Flames-styled retread. But for each time that is proven correct, there’s still a chance for something else, and that’s where Yarast comes in. The Rome-based unit plays melodic death metal in its literal translation – not in the direction of more Gothenburg-like traditions.

One thing that Yarast has going for them is variety. There’s a number of different influences and direction that the band takes over the length of Tunguska 1908. It does all lump into “melodic death metal” but there’s some thrash, progressive, groove, and metalcore if you give it a good listen. Given the description, suffice to say it’s at the more modern end of the spectrum, but that doesn’t mean it isn’t heavy. The groove aspect of the band frequently counters the thrashier tempos and reinvigorates the dynamic, while a number of leads and melodic solos do their best to catch your ear. Highlights include the triumphantly brutal “Nuclear Winter” and the rather brooding and groovy “Doomsky Fills Your Eyes.” Vocally speaking, the more brutal growls are a welcome change, more akin to Hypocrisy than any of the Gothenburg-styled acts, and help to keep the feeling distinctly at the heavier end of the spectrum.

For the band’s first effort, there’s much to put into the positive column. Their more modern approach keeps things varied (without branching too far off course), and they effectively avoid some clichés that many other melodeath bands jump headfirst into. Yarast is already moving in their own direction, and will be interesting to watch as they progress with future material.