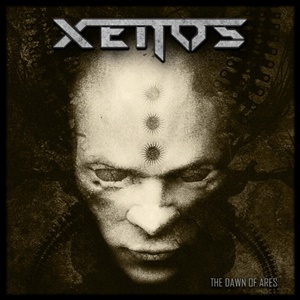 Quickly returning in 2021 for a sophomore album with The Dawn of Ares eighteen months after Filthgrinder, Italian thrash trio see the well of inspiration flowing freely. Moving to German label Iron Shield Records, the band continue their quest to infect the minds and hearts of most old school thrash heads – taking some of the more sophisticated musicianship elements into account that enhance the output beyond the basic speed, aggression, and intensity inherent in this style.

Guitar-wise you get a lot of advanced passages that contain melodic earworms beyond the norm for this genre. Expansive clean sections and brooding elements that appease those into early Xentrix and Annihilator throughout standouts like “Circle of Lies” and “Still to the Front” – the latter opening with some soothing acoustic parts that build out into a semi-power ballad format with alternate chord progressions against a militant-like atmosphere. Circular assaults where guitar, bass, and drums come together as one appears out of the gate on “I Am the Machine” – the supplementary axe leads and accents heightening the next gallop and tempo change. While most of the material clocks in at normal four to five-minute and change intervals, the title track at over eight minutes showcases Xenos in epic terrain – building anticipation for each sequence through longer, brooding instrumental sequences, solid progressive bass play, and a tender semi-acoustic/electric harmony middle section that reaches back to Iron Maiden meets Metallica movements. Even as the musical components and songwriting are very solid, the deficiencies for elevating Xenos to the level of their mentors lies in the weaker, nondescript voice of bassist Ignazio Nicastro. His strained delivery and semi-accented English affect will not convince many he is the next Max Cavalera or Tom Araya – sounding jarring and distant for even a more straightforward, pounding thrasher like “Interceptors”.

Tough call this early in the game to say Xenos can’t improve upon these minor flaws. Possibly considering another vocalist could free up the obvious musical skills present in the trio and allow the band to get even stronger on all fronts. At this point though, The Dawn of Ares has appeal on the semi-progressive power/thrash angle from an instrumental side alone and could raise eyebrows to those who love a bit of Annihilator, Xentrix, and Voivod in their normal thrash diet. 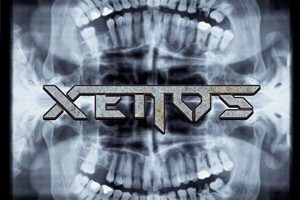