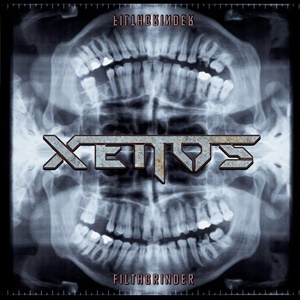 A trio from Italy that contains Eversin bassist Ignazio Nicastro among others, Xenos began in 2019 and quickly gained interest from Club Inferno Ent. for their debut full-length Filthgrinder. Recording eight original songs plus a classic Megadeth cover, the trio also sought out some supplementary names in the scene to match their thrash output as guitarist Jeff ‘Mantas’ Dunn (Venom) and Si Cobb (Anihilated) appear on a couple of tracks. It’s evident through multiple playbacks that Xenos prefer to assault the listener from a primitive outlook, keeping the tones, riffs, and attitude very down to earth and in your face to express their take on the genre.

When you take in the mid-tempo crunch and staccato-like notations and squeals through “Birth of a Tyrant” for instance, you get this lurking feeling of Celtic Frost and Slayer colliding into each other, as bassist/vocalist Ignazio uses his lower register to bark out his words with that forceful Tom Araya-ish scowl. At other points, the tribal-like drum stomp from Danilo Ficicchia conveys Sepultura-like tendencies before the semi-progressive riffing and serene clean transitions from Giuseppe Taormina and narrative background sequences set up some Annihilator meets Xentrix textures on “Angel of Silence”. This band isn’t necessarily going to be the speediest or flashiest one coming down the pike – they’d rather pummel you through solid mechanics and setting the mood through a foreboding sense of gloom, as the title track and closer “Of Magma and War” illustrate. And while this scribe commends the trio for tackling “Peace Sells” by Megadeth for a cover, there’s just something special regarding Dave’s patented sneer and how tight the transitions are in the original that Xenos unfortunately take in a bit looser context that doesn’t transform adequately in their studio version.

Filthgrinder teeters between mid-tempo to slightly heavier thrash but given a raw approach and execution. Which isn’t necessarily a bad thing, but probably needs a little more time and refinement for these musicians to gel and fully realize what they want to achieve. Place this in the potential unfulfilled bin. 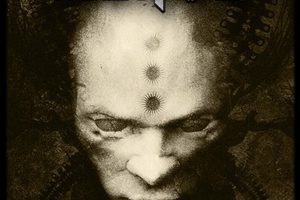