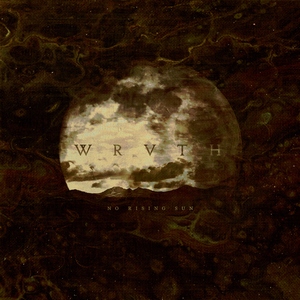 All things come to an end, either with a whimper or a bang. In the case of Wrvth, No Rising Sun gives notice that the sun has come to set on Wrvth itself with quite the depressive bang. In the four years since their self-titled effort, Wrvth has managed to not only tighten their songwriting, but cause it to twist and turn into exciting new directions.

What made 2015’s Wrvth work so well was the incursions into post-metal and atmosphere amid a more technical death metal and deathcore framework. It oozed with emotions and feeling, despite the potent extreme metal foundations. What may cause some to worry (as it did this scribe at the onset) is the more blatant embrace of the post-metal elements further into the band. To be blunt, there’s far less death metal this time around. But what is lost allows the band to bring in some new elements, and a depressive, almost meloblack feel gives itself a solemn welcome as “Eventide,” and more involved atmosphere that veers between somber and eerie permeates frequently. It all leads into a sound that can be tough to classify, particularly when some hardcore and metalcore elements occasionally bubble to the surface.

Gentle acoustic moments, floaty atmosphere, frenzied blastbeats and blackened screams, progressive riffing, elegant and gripping melodies – everything on No Rising Sun merges together to become one long, authentic experience. It’s completely fueled by sorrow from beginning to end, but the swaying between heaviness and melody gives it some unpredictability and bite. There’s a real flow to the way that the songs weave in and out, to the point where the album is really much more of a sit down and listen to it all experience, rather than peek at a few songs randomly (though “Enshrined” is particularly gorgeous in tone). Those emotions that made the self-titled such a strong listen still persist, ranging from anger and frustration to gloom and even a bit of wonder.

There’s something special about how No Rising Sun rages and self-reflects, even within the same song. There’s much to dissect from the actual progressive playing and song structures, but the sheer emotional heft to the album is its greatest strength. This is an album that will resonate far after the last note has ended, much like the legacy that Wrvth should have following the release of No Rising Sun. 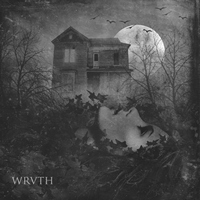