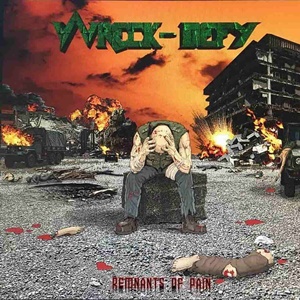 When developing a project or band entity, sometimes it helps to have notable musicians in the fold to raise awareness and improve chances of curiosity leading to more exposure. Wreck-Defy from Thunder Bay, Ontario began from the guitar playing and songwriting of Matt Hanchuck – recruiting some session help including ex-Megadeth brothers Shawn and Glen Drover among others for their Fragments of Anger debut album in 2017. The follow-up Remnants of Pain contains an interesting mix of musicians that differ outside of Matt – vocalist Aaron Randall appeared on the third Annihilator album Set the World on Fire, bassist Greg Christian held down the role for Testament for decades, and drummer Dave O’Neal (although Alex Marquez will be with them for future shows).

What you’ll get style-wise from Wreck-Defy is a heads-down thrash affair with occasional flashes of power riffing – definitely subscribing to a late 80’s Bay Area influence tree where the parts could be a little more intricate and allow the musicians to open up a bit on their natural penchant to perform. When Matt chooses to take the foot off the accelerator, he develops an interesting melodic metal framework for “Looking Back” that settles into more of a Skid Row/ Dokken atmosphere, Aaron’s natural clean sheen for vocals rising to the spotlight. Dave and Greg lock into a rhythm freight train section that never stops even when hitting the ‘groove’ sections of “18oz of Chrome” – where the lead break goes from subtle note bends into an arpeggio-laden shred fest and back again. Dynamic at adaptation for different clean to electric maneuvers allows Matt to keep the listener engaged track to track – subtle differences in tempos and attack make songs like “The Divide” and “Killing the Children” stand out because of the catchiness at anthem or blitzkrieg paces. While the man on the cover seems to be extending the first album theme with a war-torn carnage scene this go around, it just seems that more forethought was put into the music side of things over the art, as it comes off a bit cartoon-ish than probably intended.

When you get seasoned players in their proper positions along with a decent understanding of the thrash genre, the outcome and execution will be professional and entertaining. Wreck-Defy sits in that power/thrash niche that could gain appeal to fans of Metal Church, Megadeth, Heathen and others who miss that 1986-1989 era of the genre, with the benefit of modern production values. 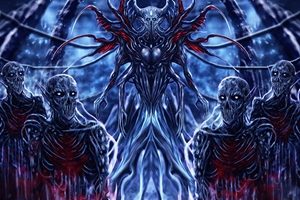 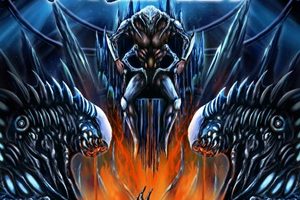