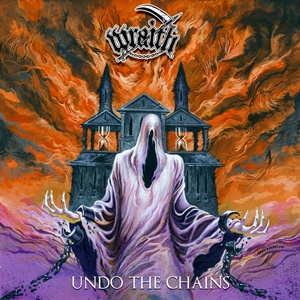 Quickly establishing a presence through a series of EP’s and albums since their 2016 beginnings, Wraith lives for an early, non-compromising thrash sound that devastates. Expanding their lineup from a trio to a quartet through the addition of second guitarist Jason Schulz last year, Undo the Chains as the third full-length keeps the group aligning to those old school ethics and execution. The listeners can expect savage riffs, tempos of a heavy to slightly speedy variety, a caustic vocal presentation, plus tones and production that once again speak to the primal force of this genre in its early days.

These musicians subscribe to a quick hitting songwriting platform – get the hooks in, circle about the extra nuances, and get out to the next idea. It’s easy to hear in specific tracks where a strong influence like Motörhead comes about for “Mistress of the Void” or Kill ‘Em All – juggernaut Metallica on the follow up “Cloaked in Black”, the fleet lead break from Jason on the latter given additional spark from twin harmonization. Occasional classic, NWOBHM, or punk/blackened aspects come up in specific guitar lines, simpler drum beats, or wah-wah/effects enhancements – keeping Wraith on a catchier front while never sacrificing the heaviness or angst at the helm of their style. The heads down approach produces numerous fist waving, neck whipping movements – “Gift of Death” tailor made for some swift circle pit action, the half-time transition a la old Exodus including some fierce gang background shouts. Whirling by in an economical 32 minutes and change, this is another effort that many will be spinning again and again right away – perfect for those backyard parties when you want to crank things up to ten. Matt Sokol’s potent bark matches the intensity of the thrash Wraith displays, check out “Terminate” as well as “Dominator” for his Cronos-oriented rasp that sends chills through the air.

A proper follow-up to their last album from 2019 Absolute Power, Wraith remind listeners that you can still deliver some impressive thrash in an old school manner to modern audiences – with passion, with intensity, and without compromise. 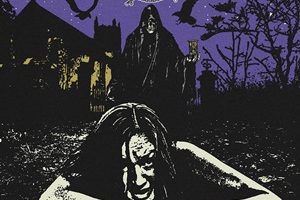