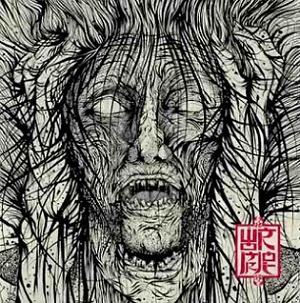 The fine PR folks at Earache are employing #makeearachegrindagain hash tag in support of Wormort’s new Voices album. It’s a bit of an odd thing to type, frankly, given the label’s long-established legacy as one of the forerunning breeding grounds for extreme metal talent. Earache’s rather successful foray into rock territory (see: Rival Sons) has forever reshaped the label’s image, which makes the above hash tag all the more integral for Voices. Lucky for Earache, Wormrot are (arguably) one of the best grind bands on the planet.

Employing the typical grind run-time of 20 songs in 26 minutes, Voices sees the band (with new drummer Vijesh Ghariwala in tow) staring down the barrel of cut-throat, authoritative, emphatic numbers. The subtle twirls of melody found on “Obvious Mess” are offset by the challenging spurts of blasts and mosh. Big ups to guitarist Rasyid Juraimi and his utterly vicious guitar tone, a rare find in grind since most guitarists have no little idea how to shape their amp sound. Juraimi, on the other hand, has tonality and the searing riffs to go along with it, employing hyper-speed riffing on “Descending into the Unknown” and “Take Aim,” while providing additional doses of melody (!) on the album’s closing cut, “Outworn.”

Voices finds Wormrot in the right frame of mind to keep grind fresh and fertile, which frankly, sounds a bit lame in this context, but considering the style’s penchant for stalling out, may make sense. And really, it goes back to this: Is there a more efficient and brash grind band than Wormrot? Methinks not.