Not sure how Blistering let this one slip by since the summer; maybe it was all the shitty baseball being viewed. Or not. Getting to Wormrot’s debut album Abuse now, at the tail-end of 2010 does reveal that it’s one of the year’s most grind-worthy and caustic albums, thus finally giving Earache a truly “extreme” band that adopts the label’s initial motif. Shame they had to go all the way to Singapore to find these guys. It sure beats the piss out of the third-rate thrash bands they’ve been showcasing, that’s for sure.

There’s an obvious degree of reckless abandon to the album’s 23 songs, which is a dead giveaway that Wormrot in a grindcore band. Only a grind band would put 23 songs on an album, and since practically every one of these is under the 2-minute mark, it’s no wonder why the three-piece is so apt to cut and run with the atypical barrage of blastbeats, punk-infused riffs, and Arif’s raw and ugly vocals.

Taking pages right from early Napalm Death and Brutal Truth’s playbook, Wormot kick up a storm on the ballistic “Newkiller Nuclear,” the chunky “Murder,” and the fist-in-the-face action of “Scum Infestation and Last Song,” where Akin really does sound like Barney Greenway. So for a debut, Wormrot has already pushed the envelope pretty far, proving the ensuing buzz that surrounded these guys was certainly warranted. Most grind bands have a way of gradually treading new ground, just in order to avoid being stale, which in the world of grindcore, is a death-knell. Doubt it will happen here. 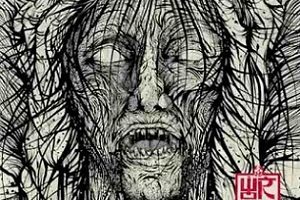