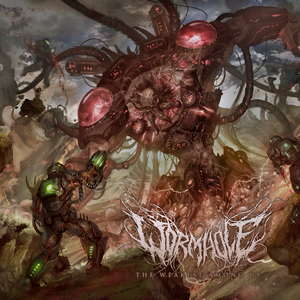 It’s easy for the average metal fan to potentially pass over Wormhole if they don’t bother to check what’s below the surface. The slammy font used for their name, the sci-fi death metal cover (and band name) – but it’s sometimes worth checking things out for yourself and in the case of Wormhole, you’d be remiss to simply relegate them to the ‘sounds like slam’ category.

Following up on their debut in 2016 with Genesis, Wormhole have continued to refine their particular version of slamming death metal mixed with tech elements. So while there are some engaging and monstrous riffs that fall directly under the slam flag for sure, you are also going to get some highly competent and intricate riffs and melodies to balance it all. One of the first things that will stand out besides the obvious tech trimmings (which find their way into each track), is that of the basswork. Effectively highlighted in the mix, there’s usually some interesting rumblings to be heard. Other tracks have some flashy soloing work (“Wave Quake Generator Plasma Artillery Cannon” or “Ultrafrigid”) that offers a nice contrast to the groove/slam riffs. Speaking of which, due to the augmented tech-infusions, when the band does decide to really dive into the more visceral and chunky slams, there’s more dynamic for them to bounce off of, which make for a more engaging feel (“Quad MB”) as well as adds to the brutality of the whole thing. The only turn-off for those seeking something outside of the slamming territory may be the vocals, which have that inhuman gurgle to them, but it’s still well-done for the particular style.

The Weakest Among Us focuses on combining some flashy tech elements into a crushing death metal package. Care is given to both sides of the fence, which makes Wormhole a stronger entity because of it. Excellent for those in search of some destructive music that can still tickle the ear with some moments of intricacy. 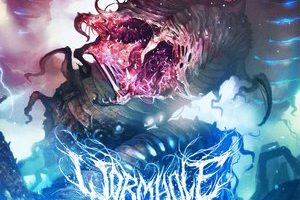