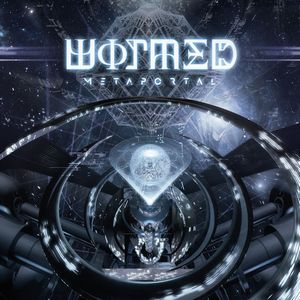 It does seem like the EP is beginning to be one of the most fitting attacks for those hyper-extreme metal bands. Thinking of EPs from bands like Cryptopsy, or even Vale of Pnath, the shortened approach allows for a greater ease of repeat listening without feeling too ‘full,’ so to speak. Something that Wormed takes full advantage on with Metaportal (also their first release since the death of previous drummer Guillermo Calero).

Wormed sci-fi approach to death metal still stands just as strong as ever, and sits with some comfortably tight songwriting. Their Suffocation meets Artificial Brain meets Archspire approach is insidiously dense, and the riffs are coming in fast and furious for a good chunk of the runtime. But little enhancements of layered electronics or keyboards add to the creepy sci-fi vibes (check the ending of “Remote Void” for a solid example), and the slowdown times add some absolutely crushing displays of audial strength in the band’s favor (“Bionic Relic” is monstrous). Repeated listens is where you’d start to dissect out all of the insanely technical components to the music, but the interesting thing is that no matter how intense things get, it always feels organic and natural. It churns like good death metal should, without the extra processing. That eerie feeling that they manage to conjure up is one of the bigger components of how this works, as the aforementioned linkage of some light, occasional electronics link up with the massive riffs to create some dark spaces, none more dark than the final track, “E-Xsystem://CE,” where there’s this gritty build-up throughout the track leading up to some repeated growls that increase in volume – leaving the listener rather taken aback as it comes to a claustrophobic close.

On par with Krighsu (if not seated slightly higher), Metaportal is a short but rather effective dose of Wormed. They have their place among the genre’s upper echelon for good reason, and their unique vibe of smothering brutality, otherworldly atmosphere, and technical nuance is present in all the right ways here.